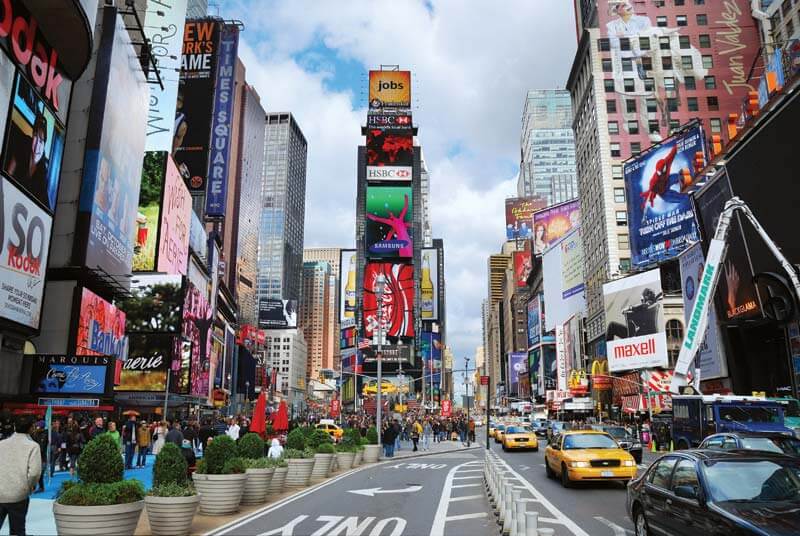 The New York City Police Department closed off a portion of Times Square on April 10 after an explosion and fire in a manhole. The boom, which echoed for blocks in one of the busiest places in New York City, had many in panic, running away from the blast. The incident stated above happened around 6:45 p.m. on West 43rd Street near Seventh Avenue.

Based on the information provided by the New York City Fire Department, firefighters found three manholes on fire. They were located on West 43rd Street and Seventh Avenue, near Times Square’s Hard Rock Cafe. They also discovered elevated carbon monoxide levels on that same block, including inside an office building.

The situation was turned over to utility crews several hours later after the explosion, the city’s fire department said. According to Con Edison, a power cable failure led to an explosion and fire in a manhole. There have been no power outages due to the fire.

Con Edison is one of the largest investor-owned companies in the country. Its subsidiary Consolidated Edison Company of New York, Inc. provides gas and electricity to customers in New York City and Westchester County, New York.

As firefighters from the New York Fire Department worked to extinguish the fire, dark gray smoke came from the three manholes and flooded into the streets.

Videos of the incident circulated on social media. For instance, one video of the incident taken from EarthCam depicts the moment swarms of people suddenly running away from Times Square.

One person who was there at that time shared a video capturing the scene, noting that many people seemed to be ‘on edge’ following the loud bangs.

Firefighters evacuated people in the area as a precautionary measure. Hopefully, no injuries were reported after the incident.

From time to time, various incidents occur in the area. In August of 2021, Times Square faced evacuation due to a suspicious package. The area became determined safe an hour later.

The New York City Police warned the public to avoid the area from West 45 Street to 48 Street on Broadway to 7th Avenue in Manhattan.

Photos, as well as videos shared on social media, showed a portion of Wall Street empty of the usual crowds of tourists as police and other emergency vehicles lined the streets.

The evacuation in New York came at the same time police in Washington D.C. were negotiating with a man who parked outside of Congress building and claimed to have an explosive device. The police canvassed the Capitol Hill residential neighborhood and asked residents to “evacuate outside of that area.”

However, there was no indication there was any link between the events in Washington D.C. and New York.

A man from North Carolina surrendered to police after an hours-long standoff with authorities. Police arrested Floyd Ray Roseberry, who ultimately crawled from the cluttered cab of his pickup, ending an unusual confrontation.

An 18-year-old woman was killed with 18 injured on May 18, 2017, when a speeding car plowed into pedestrians. The police arrested Richard Rojas.

The car jumped the sidewalk on the west side of 7th avenue at 42nd Street and barreled into pedestrians. Witnesses described a harrowing scene. It began with screeching tires. In the end there were screams and a fiery crash at one of the world’s most visited sites.

Rojas, who suffered from “psychological issues,” told police he expected officers to shoot him, according to the source. Before the incident, Rojas was arrested twice in 2008 and 2015. In both cases, for driving under the influence of alcohol.

EURUSD and GBPUSD: Under Pressure