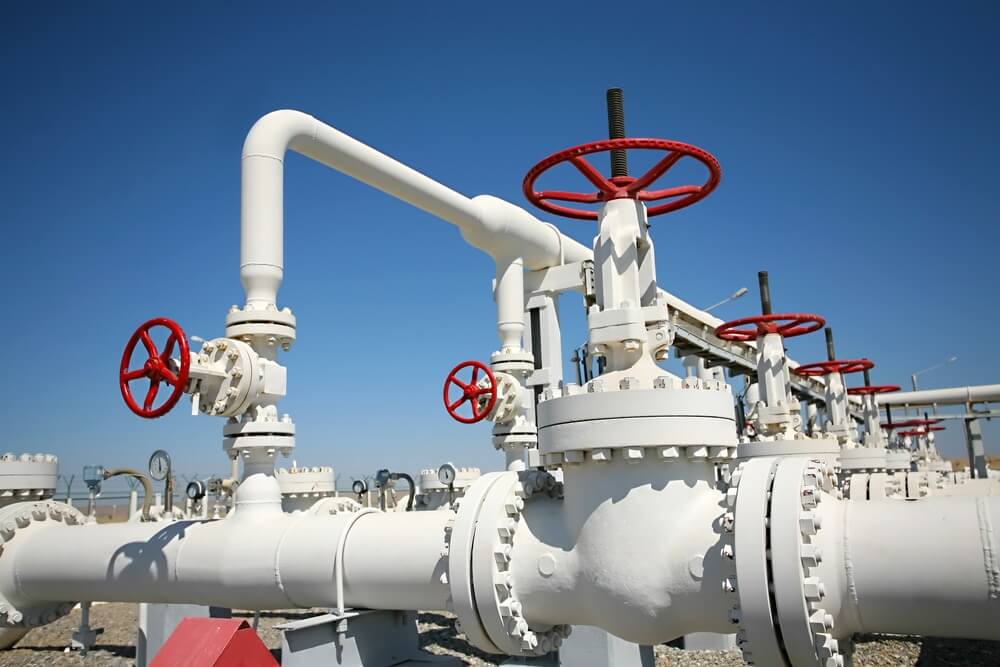 During the Asian session, the price of crude oil dropped significantly. Very poor economic data from China, where industrial production fell by as much as -11.1% in April, indicating the danger of a slowdown in economic activity or even a global recession. This lowers expectations for oil demand. A meeting of EU foreign ministers is scheduled for today, and Hungary is still resisting the oil embargo. Crude oil traded at $ 109.24 a barrel, down 0.88% from trading on Sunday night. For now, the price is still in its bullish trend since May 11, when it found support at $ 98.17. From that period, we can underline the trend line that follows the movement of black oil. For the bearish option, we need a break below this line. Our first target is today’s low at $ 108.00, then if the price continues to fall, the next bearish targets are $ 107.15, $ 106.20, $ 105.00, $ 102.65 and so on. For the bullish option, we need a rejection of the trend line and a minimum recovery price above $ 110.60. After that, we could again threaten the previous high at $ 111.40. Our next bullish targets are $ 112.40, $ 114.00, $ 115.00 and so on.

The price of gas is very calm today, consolidating around $ 7.75. The price has been in a bullish trend since May 10, after falling to $ 6.34. We can expect some resistance at the current level as we are approaching the 61.8% Fibonacci level. The heating season has passed, and the demand for natural gas has dropped, but soon the warehouses should start filling up with gas again for the next winter season. For the bearish option, we need a negative consolidation and a price withdrawal of up to $ 7.60, the previous low of Friday. The next low is $ 7.18 from the day before, followed by $ 7.00, $ 6.70 and $ 6.34 level. We need a price jump above $ 8.00 and 61.8% Fibonacci levels for the bullish option. Our following potential bullish targets are $ 8.20, $ 8.35 at 78.6 Fibonacci level, and $ 8.87 high last week.

Following a report Thursday that Russia has threatened to cut off gas supplies to Finland, Russia will – through its RAO entity – suspend electricity imports to Finland on Saturday, May 14, Fingrid said in a statement on Friday. Website.

Natural gas also flows from Russia to Finland. And yesterday, Russia warned Finland that there would be retaliation for Finland, which applied for NATO membership. The local newspaper Iltalehti announced that Finland will be suspended from delivering gas to Russia from May 24, when its next payment to Gazprom is due. Finland refused to pay in rubles as Putin demanded.

Between 60% and 70% of Finland’s natural gas comes from Russia, although the country’s main energy sources are oil, biomass and nuclear energy. Natural gas represents only 5% of total consumption.

The post 16 May chart overview for oil and natural gas appeared first on forexinsider24.com.

16 May chart overview for gold & silver