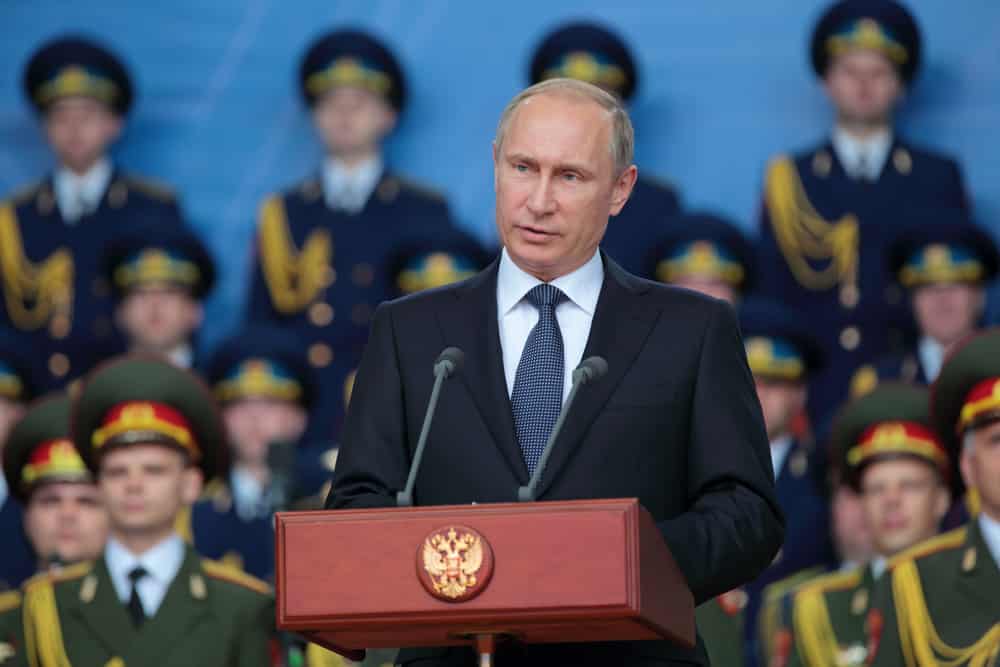 For several weeks now, Russia’s invasion of Ukraine has been the epicenter of world attention. Now, the most strategically important event in these past days became the global economic war between Russia and the US and its allies. The occupier, however, has long been preparing to confront the West.

Russia’s strategic interests in Ukraine are well known. The geography and history of the country force its leaders to create and maintain a buffer between Moscow and the central states of Western Europe; Also provide access to the Black Sea. Ukraine is crucial for both purposes. Beyond Ukraine, however, the Kremlin perceives Western influence to be expanding eastward, including Russia, a modern-day invasion that threatens the Russian regime.

It is not Western organizations like NATO and the European Union that are challenging the Kremlin, but the socio-economic model that enabled the West to win the Cold War; Eastern Europeans were also motivated by a desire to unite with the West. When Putin became president of Russia in 2000, after the collapse of the Soviet Union and the economic crisis of the 1990s, Vladimir inherited a broken country. Many Russians considered joining the EU, hoping that an agreement with the West would bring a better life.

The stabilization and reconstruction of the country were a priority for the Russian establishment. Putin only wanted political salvation. Following the case of history’s successful Russian leaders, he centralized potential. He knew that he needed stability and growth to slow the pace of emigration. He tried to make Europe economically dependent on Moscow. In reviewing the history and the current balance of power, he identified Germany as a pillar of his dependency strategy.

Russia’s ties with Germany were vital in establishing broader relations with the EU; However, this was only the beginning of Russia’s strategy in Europe. Russia has opened its economy to Western investment. Established connections across the continent. It also sought to understand the internal workings of the EU bureaucracy. He found close business contacts with France, Italy, and Hungary. Created a political network that would aid develop its influence in Europe. Learning about Europe’s vulnerability was as important to Moscow as building its economy and turning Russia into a stable economic power.

The Kremlin has also campaigned for membership in the World Trade Organization to forge deeper ties with the world’s most prominent economic players. He took advantage of foreign investment in Russia and learned how the global economy works. Established partnerships not only with Western economies but also with other economic powers. The only problem was that China, its main ally against the West, could not see accelerated growth, which he had hoped for, and was still heavily dependent on the US market. This gave Beijing a limited ability to oppose US interests globally, Forcing Russia to maintain its focus on Europe.

The average Russian has seen an improvement in living standards under Putin. Life in the big cities of Russia was like the West. However, when it became a significant player in the energy market, the country increased its impact on global economic cycles. The European financial crisis of 2010 caused tremors in Moscow. The Russian economy as a whole remained fragile. The gap between the town and the villages remained dangerously high. This, in turn, potentially threatened Putin’s control.

At the same time, the West has offered an attractive model to its Russian rival. The Kremlin was worried about the not-so-growing Western influence in Russia’s buffer zone. Still, ordinary Russians might also look to Eastern Europe and see a better political organization and economic growth model.

Then came the pandemic. The Russian president feared that the economic insecurity caused by COVID-19 could threaten his country’s financial security and stability. With the worst socio-economic consequences of the pandemic disappearing, action against the West became urgent. This was a unique moment for the Kremlin, and the transatlantic alliance and the European Union looked weak. Most importantly, Russian leaders believe they have gained enough knowledge about the workings of the West; Even now, they can fight it effectively.

As I mentioned above, Russia has been preparing for confrontation with the West since the early 2000s. In addition to stockpiles of foreign reserves, Moscow has built trading blocks; It has also deepened relations with the Eurasian Economic Union projects. In Europe, he forced Germany to become dependent on Russian natural gas, making it extremely difficult for Europe to stop importing Russian energy. Going out of gas, Europe will need a costly, time-consuming process to build new infrastructure.

The close German-Russian partnership was in line with the Kremlin’s European strategy in other respects as well. To give a practical example, the EU had plans to have the Danube River fully navigated by laying out additional canals; This increased Central European Union to the Black Sea. This would have given Europe more leverage against Russia when the Ukraine war was forcing commercial flows from the Black Sea to much more expensive land routes. Instead, the positive relationship with Moscow deemed the project unnecessary and disappeared.

It is no coincidence that since 2012, the first full year since Nord Stream 1 was operational, Europe was much more reluctant to pursue policies that could be considered anti-Russian. There was simply no interest in Germany in implementing them. It is also no coincidence that relations between the US and Germany have cooled. The US needed Germany to lead Europe or at least maintain its neutrality So that Russia would not expand its influence in Europe when the US retreated. Russia joined the World Trade Organization in 2012 has given it even more leverage in the world economy.

It is also noteworthy that the Kremlin used personal relationships to strengthen its influence. Former German Chancellor Schroeder has been appointed head of Nord Stream 1. Nord Stream AG has also hired the former Prime Minister of Finland to expedite the permitting process in Finland. The former Italian prime minister served on the board of Delimobil, a Russian car-sharing service. The former Prime Minister of Finland was on the board of Sberbank, Russia’s largest bank.

This is just a shortlist of top politicians. All of them have influenced their country’s foreign policy discussions. They were, of course, beneficial to Russia’s economic growth and advancing Russia’s financial strategy in Europe. Close cooperation with Europeans over the past two decades has allowed Russia to understand what is essential for the stability of their countries.

It has also helped the Kremlin better understand its political agenda and supported issues that work in its favor. Russia, for example, has enthusiastically endorsed many green policies. For example, Germany’s decision to abandon nuclear energy – meant greater dependence on Russian gas. Russia has openly supported populist parties across Europe. Also effectively used information warfare. All this was in an attempt to destabilize Europe and ultimately divide it.

Globally, Russia maintains close relations with the West’s traditional enemies and rivals. WTO membership has given him a stronger position on the global stage, Which is used to enhance the influence and interests of emerging international players. While the results were modest, Russia promoted the group as an alternative to the West. It continued to focus on establishing ties with China and India.

Against the current sanctions, the aggressor appealed to China for help. At the same time, Russia’s presence in the Middle East and parts of Africa helps it maintain its oil prices. The impact on the Middle East and the Sahel, a resource-rich region, gives Russia more leverage over the world economy.

In building its network, Russia sought to focus on the economy and strengthen the weaknesses of the global network. He expanded his influence abroad and made sure that the encouraging attitudes were strong enough to give him leverage; However, he lost enough to allow his withdrawal if necessary.

The Russian strategy, of course, has its weaknesses. However, the country has options for confrontation with the West during the current global economic war. Supporting the fragmentation of the EU through its economic ties with Europe; Also, the application of European policy knowledge that he has gained over the years is probably the essential element of his strategy. European citizens feel the effects of Western sanctions, Which will allow Russia to exploit the weaknesses of the European Union.

The world witnessed the modern era of the First Economic World War. The rules are vague, and the global economy is complex. This, in turn, means that damage is inevitable and unpredictable. We slowly realize the impact of sanctions on Russia on the global economy. Less clear are the tools that Russia can use against the West. How this will change the world is still shrouded in mystery. The only thing we can hope for is that the occupier’s invasion of Ukraine will end soon so that world peace can prevail.

These Cheap Stocks Could Jump At the Right Time