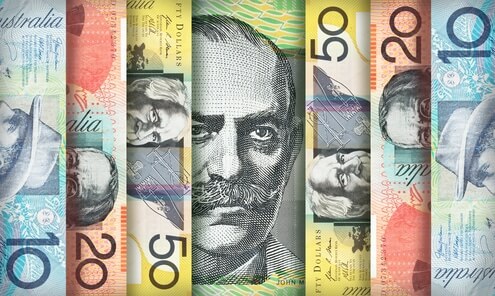 Pair EURUSD yesterday failed to form a new higher high above 1.10500 and thus make a better position for potential further recovery. Today we have a new withdrawal below 1.10000, and the MA20 and MA50 moving averages are now on our bearish side, amplifying the bearish image on the chart. We are again facing the lower support zones, and the first is at 1.09000 level, low from March 14. If it doesn’t last, the next one is our March and this year’s minimum at 1.08000. If the euro happens to strengthen and finds potential support, it needs to rise above 1.10000. After that, we could say that we are still in the March upward trend from March 7. In the zone around 1.10500, we encounter resistance in the MA200 moving average. The geopolitical situation continues to turn to the events in Ukraine and the sanctions imposed on Russia and its companies.

During the Asian session, the British pound weakened against the dollar, leaving part of the big gains from yesterday. Rising inflation threatens the economic growth of the British economy. The pound is currently exchanged for 1.32000 dollars, which is weakening the British currency by 0.42% since the beginning of trading tonight. This morning, the pair managed to climb to 1.33000, but we had a quick pull to the current 1.32000. We can expect some support on this position, and additional support is the MA20 moving average. If this support does not last, the withdrawal will continue until the next in the zone around 1.31000: the maximum bearish target is our March low at 1.30000 psychological level. For the bullish option, we need a return above 1.33000. If we succeed, then there is a chance that we will test a larger resistance zone between 1.33500-1.34000.

After the beginning of the escalation of the conflict in Ukraine, investors withdrew their funds from the euro and the pound and directed currencies that are not close to the conflict. The Australian and New Zealand dollars benefit from this. The safe-haven currencies of CHF and JPY are now in the background. The CHF is in trouble because the conflict is taking place on European soil, and the JPY is weak due to the soft monetary policy of the Bank of Japan. At the beginning of the week, the pair was in the zone around 0.74000, and then yesterday, we had a sudden jump above 0.74500. The current consolidation is taking place around 0.74750. There is a good chance that AUDUSD will rise to 0.75000 psychological level, where we can expect the next resistance or consolidation. Our target may be the previous high from October 28, 2021, to 0.75500. For the bearish option, we need a negative consolidation and withdrawal to the previous support zone at 0.74000, and if it does not last, the potential decline may be to the lower trend line in the zone around 0.73000.

This was the highest inflation rate in the National Statistics series, which began in January 1997, and the highest rate in the historical modelled series since March 1992, when it was 7.1 %.

Inflation figures are putting pressure on the chancellor to make up for much of the cost of living crisis in today’s fiscal spring statement, said Paul Dales, an economist at Capital Economics.

With inflation now more than three times higher than the Bank of England’s 2% target, the Bank of England could reassess its casual tone after raising interest rates to 0.75 per cent last week, the economist said. Rates are likely to rise to 2.00 % next year.

The post Chart overview for EURUSD, GBPUSD and AUDUSD appeared first on forexinsider24.com.