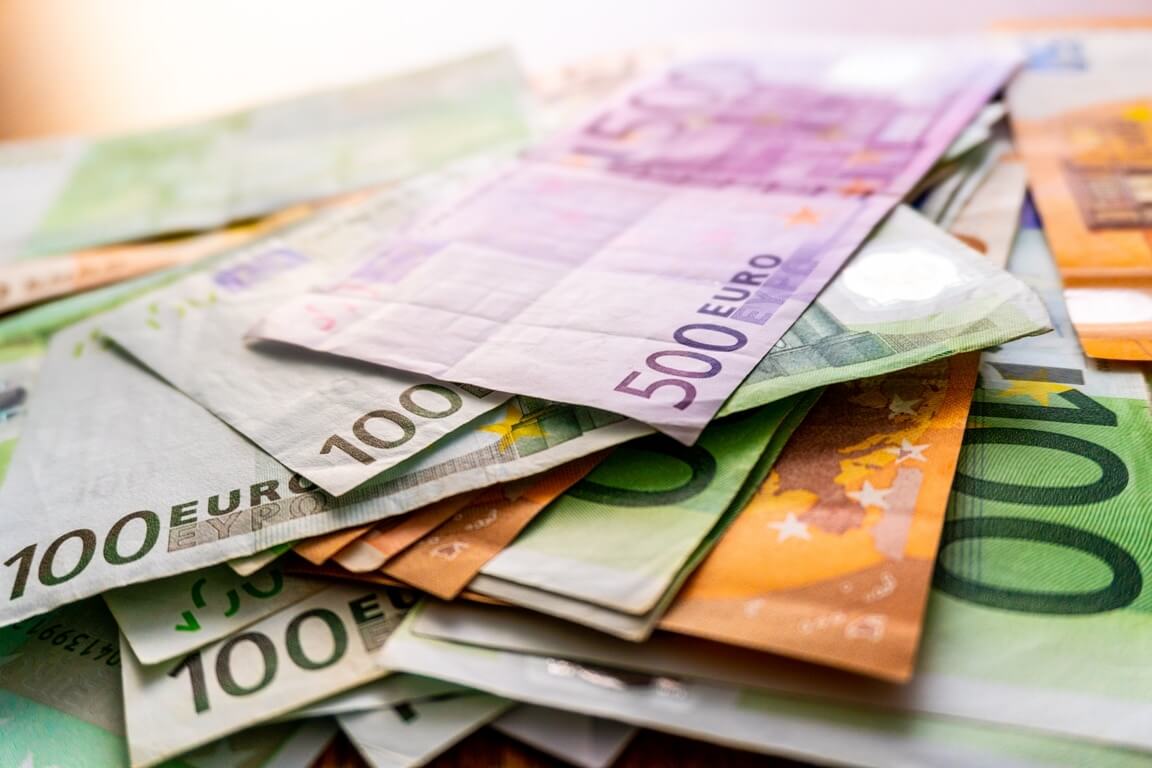 The Euro plummeted against the U.S. dollar on Wednesday after Russia stopped gas supplies to some countries in Eurozone. The currency remained on track for its third straight monthly plunge as investors fear the energy crisis is coming. These concerns added to recession fears and caused a bleak mood in the forex markets. Meanwhile, the European Central Bank is trying to continue its rate hikes according to its plans.

On Wednesday, a Russian company – the Nord Stream 1 pipeline – halted gas supplies to Europe. That only intensified the current economic battle between Russia and Brussels. Furthermore, Moscow’s decision increased the possibility of a strong recession. Some of the richest countries in Europe might need to start energy rationing.

Investors fear that the Nord Stream 1 pipeline won’t resume gas flows even after the planned maintenance, which allegedly comes to an end on the coming Saturday. Meanwhile, the common currency dropped below parity against the greenback today. The Euro exchanged hands lower by 0.4% at $0.9976 at last.

Traders were watching inflation in the euro area, which jumped to another record high in August. It beat analysts’ expectations, prompting European Central Bank (ECB) to pursue higher rates. More ECB officials support the idea that oversized rate hikes are the only way to fight soaring inflation. The latter could surpass 10% in the near future if left unchecked.

ING currency strategist Francesco Pesole noted that an improvement in the Russian gas story at the beginning of the week helped the Euro. Still, this support is fading now, pushing the currency into the deeper red. He also added that market participants would know in the next few days whether the resumption of gas flows at the end of the maintenance period will go without hindrance or not.

How is Norway’s krone faring?

The krone tumbled down by more than 1% against the greenback and Euro on Wednesday. The country’s central bank plans to acquire more foreign currency. The bank needs the money for its sovereign wealth fund.

Norway’s currency traded lower by 1.2% versus the dollar at 9.9315 at last. It plunged to its lowest level in a month. Moreover, the krone shaved off 0.9% against the Euro, exchanging hands at 9.9160. It reached its weakest level since August 10.

On the other hand, the dollar index surged forward by 0.3% at 109.10 against a basket of six major currencies today. Still, it was lower compared to Monday’s two-decade high of 109.48. The greenback remains on track for its third straight month of gains. Overall, it gained more than 3% in August.

Investors are waiting for U.S. non-farm payroll data. The latter is due on Friday, and it will likely offer further guidance to dollar’s course. However, robust job openings data published on Tuesday could potentially foreshadow a strong showing in the payrolls report. That would strengthen the case for more aggressive Fed rate increases.

On Wednesday, new Chinese data showed that factory activity contracted again in the country this month. A property sector crisis weighed on production along with new coronavirus infections and the worst heatwaves in decades. Despite that, the Chinese yuan soared today, overcoming the key threshold of 6.9 per greenback.

Most Asian EM currencies traded in the green today. Thailand’s government hinted that it awaited data to show higher economic growth in 2022. As a result, the baht outperformed several regional currencies. The baht skyrocketed by 0.3% on Wednesday after analysts forecasted that economy would grow by 3%-3.5% this year. The country is making a steady but slow recovery as the crucial tourism sector is gaining strength. Exports also remain good.

Alvin Tan, the head of Asia FX strategy at RBC Capital Markets, stated that the outlook for Thailand’s central bank looks good as tourist arrivals seem to be picking up. In addition, the bank has commenced rate increases at last. The BoT already hiked its key interest rate by 25 basis points earlier in August for the first time in almost four years. Traders expect the bank to raise rates again at its next meeting, which is due on September 28.

Meanwhile, South Korea’s won also jumped by 0.5% today. In fact, it became the top gainer in the region. The Philippine peso climbed up by 0.1%, while Singapore’s dollar surged forward by 0.2% against the greenback.

Market participants are focusing on India’s gross domestic product figures in June-quarter. The latter is due at 1200 GMT. According to forecasts, the report will likely show strong double-digit economic growth in the last quarter in India. However, some economists expect the pace to more than halve in the current quarter. It may also slow further towards the end of 2022 as the central bank hikes its interest rates. On Wednesday, equities in the region remained broadly more melancholy, especially after U.S. jobs and consumer confidence data caused more fears of further aggressive policy tightening.