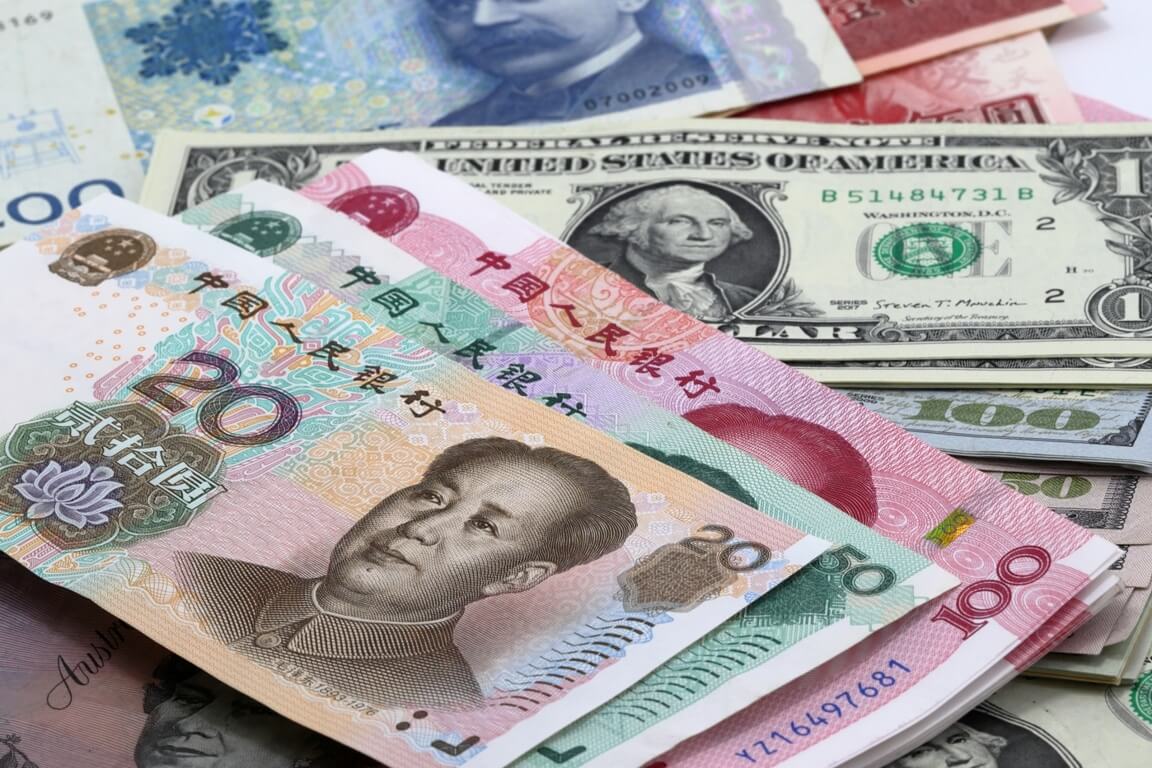 The Chinese yuan and the Australian dollar traded under pressure due to weak Chinese economic data on Monday. On the other hand, the U.S. dollar managed to consolidate its gains near a 20-year high.

ECB policymaker Francois Villeroy de Galhau announced that the common currency’s weakness could threaten the European Central Bank’s efforts to nudge inflation towards its target. This comment pulled the Euro from recent lows. Despite that, sentiment remained downbeat.

Barclays strategists noted that there is an increasing risk that the zero-COVID policy in the country may stay in place even past the party conference in the third quarter. It may even continue during the winter season. The strategists also downgraded their forecasts for the yuan and the Euro for the rest of the year, adding that this situation may lead to persistent mobility restrictions because the Omicron Covid-19 variant is notoriously difficult to contain.

Meanwhile, the Australian dollar moved sharply, tumbling down by 0.68%. This currency is most exposed to the Chinese economy. While the Aussie managed to trim losses, it was still lower by 0.5% in London trading.

On Monday, the dollar index remained at 104.57. It had briefly crossed the 105 level on Friday, hitting its highest level since December 2002. The currency experienced six successive weeks of gains. According to weekly positioning data, traders built their long dollar bets.

How much did the Euro gain?

The common currency climbed marginally higher at $1.0422. It isn’t far from the low of $1.0354 that the Euro hit on Thursday. That’s its lowest level since early 2017. Analysts think $1.0340 is a crucial level of support for the common currency.

HSBC strategists stated that the Euro might drop to parity against the greenback in the coming year. They think that much higher inflation and much weaker growth leave the ECB facing one of the toughest policy challenges in the G10 (central banks).

The MSCI index for emerging market equities climbed up by 0.2%. However, it’s still down by 6.5% on the month and almost 20% on the year. On the other hand, currencies were little changed against a strong U.S. dollar after a sixth consecutive weekly decline last week.

Piotr Matys, the senior FX analyst at In Touch Capital Markets, said that the main factor weighing on risky emerging assets is the prospect of further rate increases by the Federal Reserve, accompanied by growing worries that the global economy could be heading for a recession.

Moreover, fears about monetary tightening amid slowing global growth, along with soaring inflation and a cooling commodity price rally, have already hampered the attractiveness of emerging markets. On Monday, China’s stocks plunged between 0.3% and 0.8% due to data showing that the country’s April retail sales decreased by 11.1% on the year, while industrial output dropped by 2.9%.

What about South Africa’s rand and the Czech crown?

South Africa’s rand plummeted by 0.4% as weaker gold prices, domestic power cuts, and a blurry growth outlook weighed on it. Traders’ focus was on a monetary policy decision due on Thursday. The central bank will likely announce its first 50 basis point repo rate increase in more than six years.

Meanwhile, the Czech crown added 0.3% after hitting two-month lows last week. According to data, industrial producer prices jumped by 26.6% year-on-year in April. In addition, board member Tomas Holub stated that the Czech National Bank launched a true monetary-policy intervention when it entered the forex market on May 12 to stop a weakening of its currency.