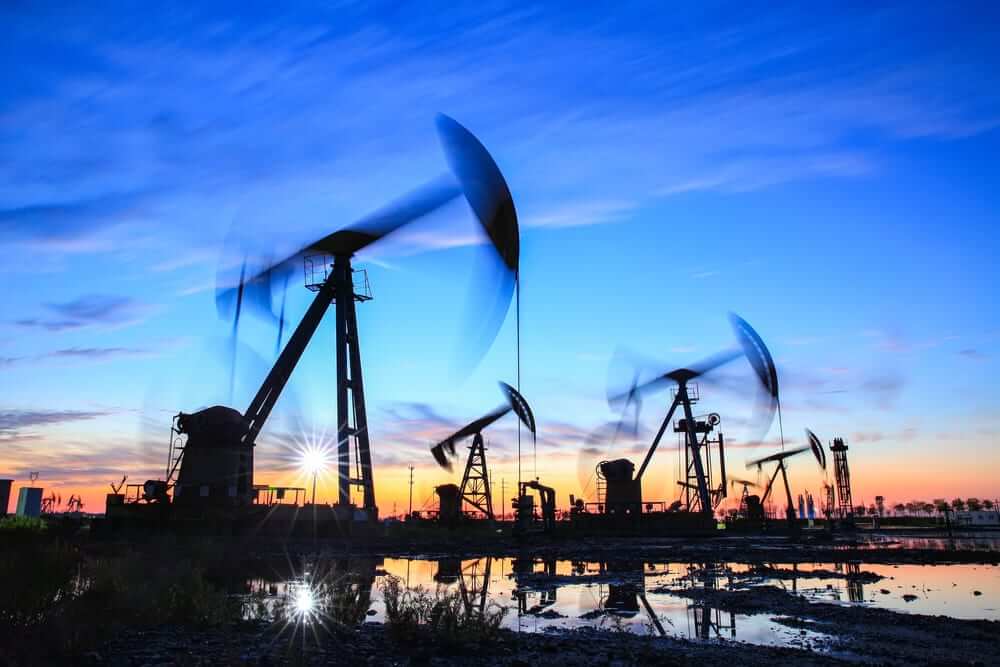 In Asia on Monday morning, oil was up. Investors are concerned that China’s mounting COVID cases would reintroduce rubles, further reducing fuel demand.

On Saturday, China, the world’s second-largest oil consumer, recorded 691 new COVID cases, up from 547 the day before. Due to the last ten days, the Nord Stream 1 pipeline, the largest pipeline supplying Russian natural gas to Germany, began its yearly repair on July 11.

Markets are anxious that Russia may extend the shutdown due to the conflict in Ukraine. Gas shortages would harm Germany, the world’s fourth-largest economy.

As expected, US President Joe Biden failed to obtain any commitment from major Organization of Petroleum Exporting Countries producers to increase oil supplies.

On Monday, the US dollar fell off multi-year highs, bolstering commodity prices ranging from gold to oil. When the dollar falls in value, dollar-denominated commodities become more accessible to holders of other currencies. This week, global markets are focusing on the restart of Russian gas deliveries to Europe via the Nord Stream 1 pipeline, which is set to end maintenance on July 21. Governments, markets, and businesses are concerned that Russia may extend the shutdown due to the conflict in Ukraine.

The energy crisis prompts ESG to rethink oil and gas.

Russia’s invasion of Ukraine has exacerbated the enormous burden of eliminating the global economy’s reliance on fossil resources. Existing goals to reduce carbon emissions to zero by 2050 were already difficult. Governments and businesses are now struggling to match their green objectives with the new energy security imperatives.

Just as the Ukraine crisis has created a heated debate about whether defense businesses can be viable for long-term investment strategies, it has also sparked debate about the role of oil and gas producers in investors’ portfolios.

European funds that use environmental, social, and governance (ESG) measures are severely “underweight” in oil and gas stocks. Still, there are some preliminary hints of a shift in posture.

According to Bank of America, 6% of European ESG funds now own Shell, up from 0% at the end of last year. Other energy companies, such as Galp Energy, Repsol, Aker BP, and Neste, have seen minor increases in holdings this year across the 1,200 European ESG active and passive funds tracked by BofA.

Uncertainties about energy policies, such as fears that more oil and gas investments could break net zero pledges, are causing capital spending to fall below levels required by supply and demand fundamentals.

According to Energy Aspects, global investment in oil exploration and production will climb from $390 billion this year to $450 billion in 2024, but this is still less than the $550 billion expenditure required to begin addressing the supply gap.

The EU signed a new gas contract with Azerbaijan on Monday as officials scrambled to secure future supply in the face of mounting worries of a Russian cutoff.

Following Moscow’s attack of Ukraine, European officials have been prepared for a potential complete suspension of the Russian gas supply. Russia has been Europe’s primary provider of natural gas for long years. Still, Brussels is now working hard to change that.

However, Europe is racing against the clock to minimize its reliance on Russia. So far, Russia’s curtailed gas shipments have affected 12 EU members, while several others are no longer receiving gas from Moscow.

A cautionary note accompanies Europe’s efforts to find alternatives to Russian hydrocarbons: it is time to conserve energy.

The European Commission, the EU’s executive arm, will release a set of recommendations for businesses on how to reduce energy consumption on Wednesday. The plan aims to raise awareness about what may be a difficult winter in the region if gas supplies are limited.

The post Oil Up as China’s rising COVID Cases appeared first on forexinsider24.com.