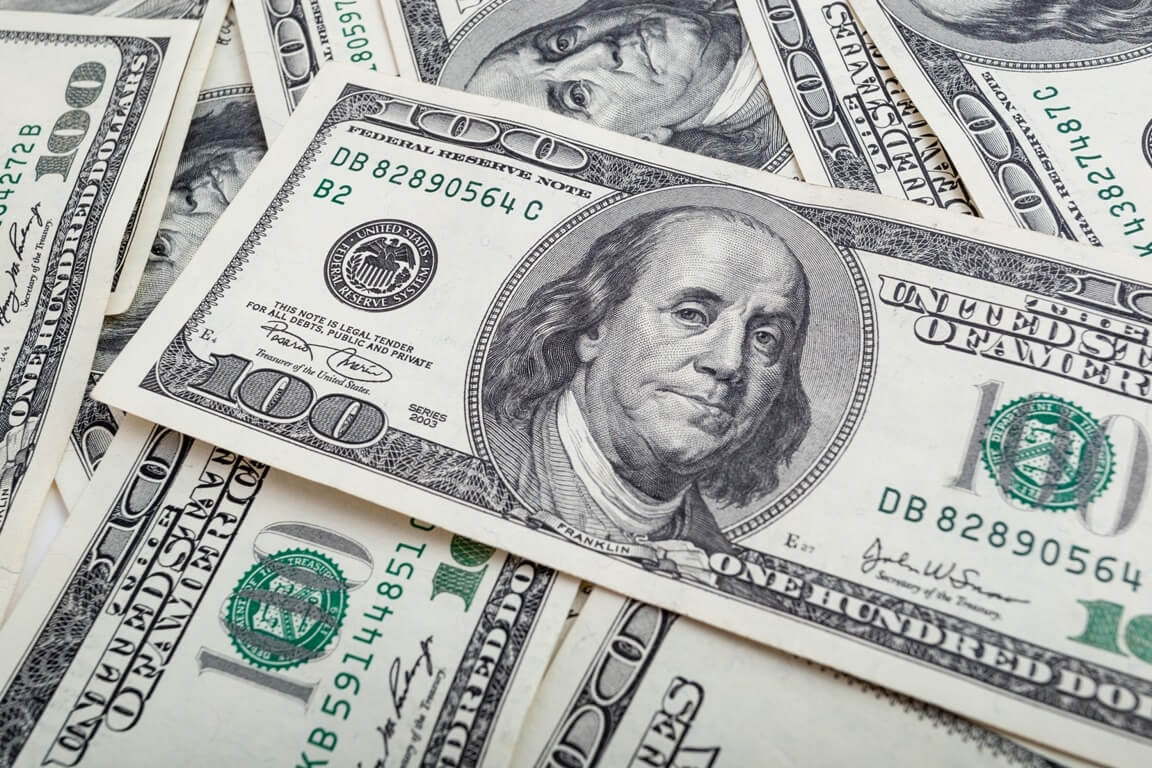 The U.S. dollar skyrocketed to a fresh two-decade high versus major peers on Tuesday. Safety bids and expectations of further aggressive rate increases by the Federal Reserve boosted the currency. On the other hand, the euro exchanged hands close to a 20-year low near parity to the greenback.

The dollar index jumped by 0.25% at 108.43 against the basket of six major currencies, with the euro most heavily weighted. It had earlier soared to 108.47, its highest level since October 2002. Analysts at Maybank noted that safe-haven demand for the greenback, coupled with an upside surprise in last Friday’s payrolls release, likely contributed to the latest bout of USD strength.

Consequently, dollar bullishness was showcased across much of the FX markets. And the euro plunged as low as $1.0006 on Tuesday. The latter hit the weakest level since December 2002. It traded lower by 0.29% at $1.0013 at last.

The British Pound also tumbled down by 0.25% to $1.18645, after earlier collapsing to a fresh two-year low at $1.186. According to the Maybank analysts, the Euro’s depreciation of late appears to have been largely driven by the FX market reassessing the potential for a more significant growth downturn in the Eurozone. That’s amplified by energy woes, the Russia-Ukraine war dragging on longer than expected and doubts over ECB’s anti-fragmentation tool.

The Nord Stream 1 pipeline, which is the biggest single pipeline carrying Russian gas to Germany, began annual maintenance on Monday. It said flows would likely stop for 10 days. Governments, companies and markets are concerned Russia might extend the shutdown because of the war in Ukraine. That would exacerbate the continent’s energy supply crunch and potentially speed a recession.

Carol Kong, a currency strategist at Commonwealth Bank of Australia, noted that investors will be waiting to see whether Russian gas flows will return via the Nord Stream 1 pipeline following the end of maintenance next week. In the meantime, he thinks concerns about a potential shut-off of Russian gas flows will continue to keep the EUR/USD heavy. That would in turn mean the greenback will keep strengthening.

The common currency’s weakness has been a big part of the dollar index’s rally, with the safe-haven dollar also supported by fears about growth elsewhere. China, in particular, is implementing strict zero-COVID-19 policies to contain fresh virus outbreaks. However, arguably the biggest factor in the USD’s rise is the view the Federal Reserve will increase rates faster and further than its peers.

Traders expect the Fed to lift rates by 75 basis points for a second consecutive time at its July 26-27 meeting. Fed funds futures are also pricing for its benchmark rates to hike to 3.50% by March, from 1.58% currently. Furthermore, market players are keenly watching U.S. consumer price data due on Wednesday. Economists expect the index to print an 8.8% annual rate for June.

Other emerging market currencies extended losses today. The Indian rupee plummeted to another record low against the dollar. Analysts noted that narrowing interest rate differentials have weighed on most EM currencies in recent months. Overall, the peso lost 10% this year.

Besides, the Philippine central bank remains under pressure to hike interest rates further to tame inflation, which skyrocketed to a nearly four-year high in June.

Robert Carnell, the head of research for the Asia Pacific at ING, noted that if you look at the Asia Pacific in general, currencies that have been the weakest belong to those countries, where policy rates have not closed the gap with inflation.

However, the Philippine central bank recently stated that it was paying close attention to “strong depreciation pressures” on its currency. It also added that it’s prepared to increase rates by 50 basis points at its August meeting.

The post U.S. dollar hit a new high. What about Euro and Sterling?  appeared first on forexinsider24.com.