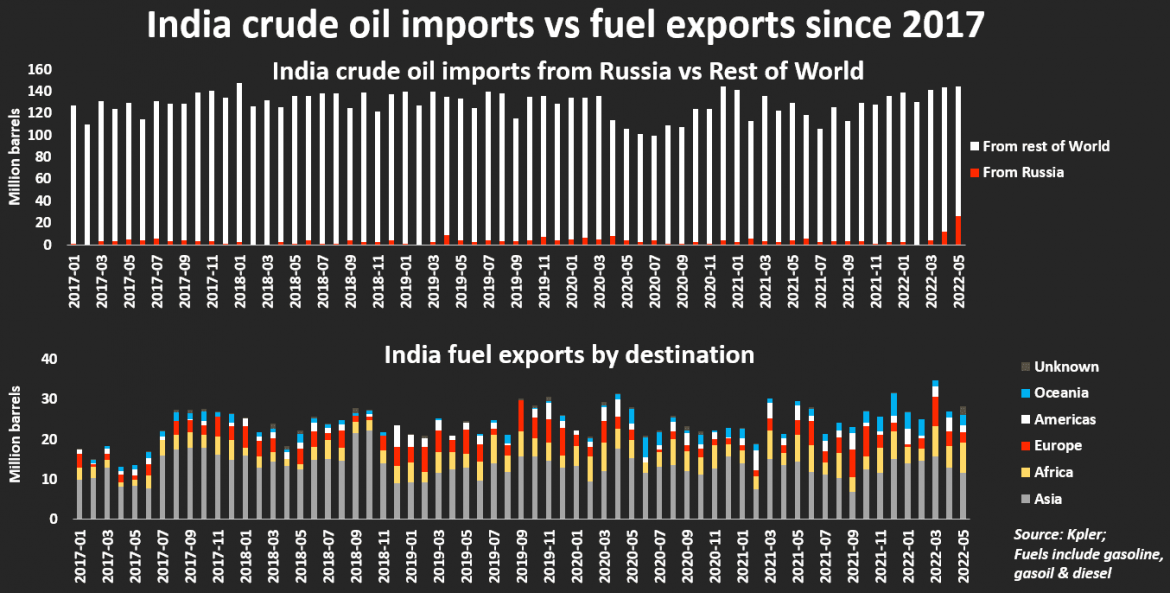 Both experienced traders and economical analysts agree on the following matter that India’s most recent initiatives to increase domestic oil supply mean that the country will not rely on exporting diesel and gasoline moving on in the future. On a larger scale, this shift in foreign policy limits the global supply of the mentioned commodities.Oil prices will only go up from this point in time.

The west has made numerous sanctions following the Ukrainian-Russian war. This repercussion meant that they restricted Russian exports. Additionally, due to the post-pandemic recovery, diesel and gasoline only grew in demand. That is the reason why there are shortages of the mentioned commodities worldwide. Looks like India is following the example of its neighbor – China. They have also reduced the exports of their oil products. This affects the market in a drastic fashion and the reason is China. It is the world’s second-ranked refiner.

India has opted to import cheap Russian oil because they have not made any sanctions. The world’s third raked oil importer has doubled down on importing more Russian oil and increased prices on its exports of diesel and gasoline. Last week in an effort to meet rising demand and boost federal revenues India announced a windfall tax on regional oil producers and refiners as well as new limitations on export volumes.

What does this mean for the world’s fuel ecosystem and oil prices?

Let’s look at the statistics. According to government data, India’s exports of oil products increased by more than 16 percent from January to May. In terms of products, we are looking at 150.7 million barrels.  Asia, the Pacific, Africa, and Europe are places where the majority of the cargo ends up. So how will the global picture of oil product exporters change? India’s attempt to restrict exports already experienced constraint. The Chinese exports of diesel and gasoline will remain low. Most likely Singaporean market will benefit from India’s decisions and increase diesel and clean products.