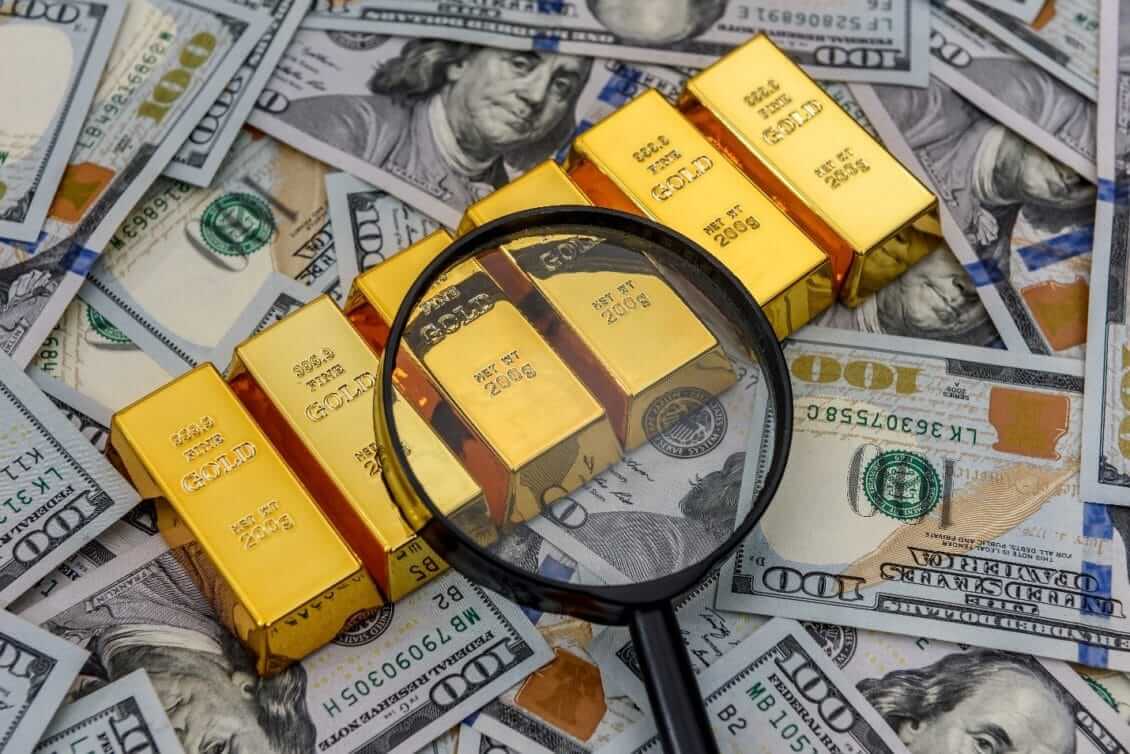 Gold prices remained over $1,800 on Monday despite bumpy trading as pressure from the strong U.S. dollar was somewhat countered by a fall in Treasury rates.

By 0319 GMT, spot gold was up 0.1 percent, trading at $1,811.99 an ounce. American gold futures increased by 0.6% to $1,812.10. On Friday, gold prices fell to a five-month low of $1,783.50 before rising to close the day almost unchanged. Matt Simpson, senior market analyst at City Index stated that When gold broke below $1,800 on Friday, we saw buyers support it once again. Moreover, with U.S. rates continuing to retrace, it allows gold to advance over the near term.

Is a Recession on the Way?

Benchmark On Friday, the yield on the 10-year treasury plummeted to its lowest level in a month, supporting non-yielding bullion. However, major speculators and managed funds are expanding their short positions against gold. Furthermore, if we see a closing below $1,800, that may start another round of selling, according to Simpson.

After significantly contributing to the worst quarterly performance for bullion in more than a year, the dollar remained near recent two-decade highs, making greenback-priced gold less appealing for purchasers holding other currencies. A slew of weak U.S. statistics highlighted negative risks for this week’s June payroll report. Moreover, the recession hysteria was still fueling a relief rally in government bonds as Asian shares began the week cautiously.

The largest gold-backed exchange-traded fund in the world, SPDR Gold Trust (P: GLD), reported that its holdings decreased 0.8 percent to 1,041.9 tonnes on Friday from 1,050.31 tonnes on Thursday. The Federal Reserve, stock and bond markets, as well as all U.S. federal government agencies, will not operate on Monday in observance of Independence Day. Platinum lost 0.5 percent to $884.49. Palladium sank 1.3 percent to $1,934.40. Meanwhile, spot silver slid 0.2 percent to $19.84 per ounce.

The post Despite The Dollar’s Rise, Gold Is Just Above $1,800 appeared first on forexinsider24.com.