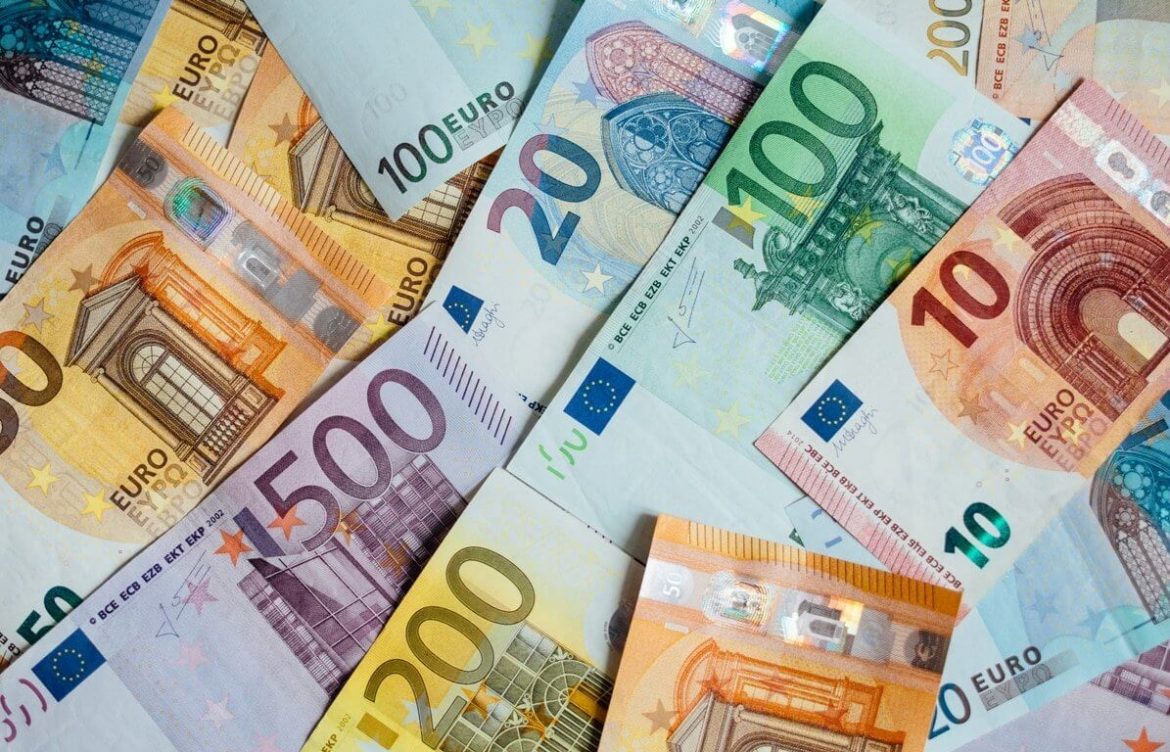 The euro declined broadly on Thursday as disappointing French and German PMI data confirmed that the euro area economy is struggling to gain traction. That prompted investors to trim bets on significant interest rate increases from the European Central Bank.

High prices in the eurozone meant demand for manufactured goods dropped in June at the fastest rate since May 2020, when the Covid-19 pandemic was taking hold. S&P Global’s headline factory Purchasing Managers’ Index (PMI) plunged to an almost two-year low of 52.0 from 54.6.

Stuart Cole, the head macroeconomist at Equiti Capital in London, noted that the PMIs were certainly not so strong as traders anticipated. The ECB will likely take note of today’s numbers. But it will also look for evidence that the picture they are painting is being played out in the hard data before changing the course.

Following the data, forex markets were pricing in approximately 30 basis points (bps) of rate increases in July instead of the 34 bps favored on Monday. Investors also trimmed their expectations of how much the central bank would raise rates by the end of 2022 to 161 bps compared to 176 bps on Monday.

Moreover, the common currency tumbled down by 0.6% to $1.0498 against the U.S. dollar. It dropped below the $1.05 line for the third time this week. The euro also decreased by more than 1% versus the Japanese yen.

The common currency’s losses boosted the greenback, sending it into positive territory against its rivals. Before that, cautious comments by Federal Reserve Chair Jerome Powell had weighed on sentiment and caused the dollar to trade in the red.

Thus far, forex markets have steadfastly held to the view that the Federal Reserve is on track to hike interest rates by another hefty 75 bps in July. However, some analysts think the ECB and the Bank of England will prefer to adopt a softer rate increase path. They will risk damaging growth otherwise.

On Wednesday, Fed Chair Jerome Powell stated that a recession was a possibility. His speech reflected concerns in financial markets that the agency’s tightening pace will hinder growth.

Meanwhile, the Norwegian crown failed to rebound on Thursday after its recent lows. Norway’s central bank hiked its benchmark interest rates by 50 bps today, its largest single increase since 2002 and twice as much as expected by most analysts.

The crown briefly soared against the U.S. dollar after the rate announcement. However, it then retreated as the greenback gained strength broadly versus major currencies. The crown plummeted by 0.6% versus the dollar at last. It was also virtually flat against the euro.

In Asia, the Indonesian rupiah remained steady today. The country’s central bank left interest rates at a record low as investors expected. However, the Philippine peso exchanged hands near its lowest level in 16-1/2 years after its central bank announced a 25-basis-point rate increase.

The rupiah climbed up by 0.2%, clinging to its earlier levels after Bank Indonesia tried to balance the need to support economic growth while maintaining stability in its currency.

Fakhrul Fulvian, an economist at Trimegah Securities, thinks that the bank’s decision will put further pressure on the currency. He noted that stability in IDR can only be achieved only after the central bank clearly states its intention to start the tightening cycle seriously.

According to Radhika Rao, the senior economist at DBS Bank, the rupiah’s relative outperformance, commodity windfall, and a higher subsidy budget have provided room for Bank Indonesia to bide time. So, it can avoid joining regional peers in tightening policy reins for now.

On the other hand, the Philippine central bank decided to turn more hawkish. It pledged to take all necessary policy actions to hinder soaring inflation. The latter is running at a more than three-year high.

On Thursday, the peso plunged by as much as 0.6% after the rate decision. Traders weighed the modest rate increase against a higher inflation forecast by the central bank.

The South Korean won and the Thai baht also declined by 0.3% each, while the Malaysian ringgit remained flat. Moreover, the Singaporean dollar shaved off 0.3% today. Its inflation reading came in at a more than 10-year high. That increases the odds of a further inter-cycle tightening in October.

The post Euro plunged due to weak German and French PMI data appeared first on forexinsider24.com.