Copyright 2021 - All Right Reserved
Home » Dollar ended in the deeper red today. What about Aussie?
Forex 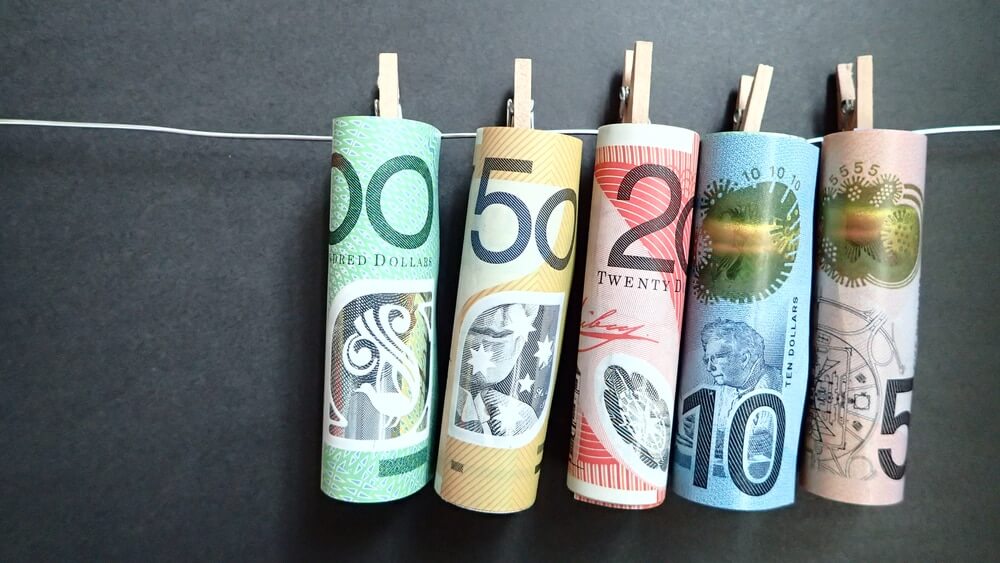 U.S. dollar ended in the deeper red today. What about Aussie?

The U.S. dollar declined for a third consecutive day on Tuesday. The currency pulled back from a two-decade high against a basket of six major peers as an uptick in traders’ appetite for riskier bets diminished the greenback’s safe-haven appeal.

Positive earnings views from United Airlines and Home Depot also helped to lift risk sentiment along with optimism around the easing of China’s restrictions to contain coronavirus. On Tuesday, the U.S. dollar index tumbled down by 0.7% at 103.39, hitting its lowest level since May 6. The index skyrocketed to a two-decade high last week, boosted by a hawkish Federal Reserve and concerns over the impending global economic crisis caused by the Russia-Ukraine conflict.

Brad Bechtel, the global head of FX at Jefferies, stated that the mood in forex markets had improved dramatically since last week. Most asset classes are bouncing and retracing the moves seen last week. According to Bechtel, the result is a rally in equities, as well as a sell-off in fixed income, with almost every currency in the world rallying against the U.S. dollar.

The greenback remained subdued after data showed U.S. retail sales soared solidly in April. People bought motor vehicles amidst an improvement in supply. They also frequented restaurants, showing no signs of demand letting up despite increasing inflation. Later on Tuesday, investors will closely watch Fed speakers, including Chairman Jerome Powell, for any hints about whether near-term rate expectations could become even more aggressive.

How is the Euro trading?

The euro climbed up by 1.05% to $1.0541. It extended its rebound from a five-year low hit last week. The common currency benefited from ECB policymaker Francois Villeroy de Galhau’s statement on Monday. He announced that a weak euro could threaten price stability in the currency bloc. The euro also gained after Dutch central bank chief Klaas Knot made some hawkish comments.

Knot noted that not only was the European Central Bank set to increase rates by 25 basis points in July, but it was also ready to consider a bigger rise if inflation soared higher than expected. At the same time, Shaun Osborne, the chief currency strategist at Scotia Bank, thinks that the single currency’s sell-off is starting to look stretched.

The British Pound took advantage of the softer greenback to rally by 1.29%. The sterling hit its highest level since May 5 after strong labor market data reinforced investors’ expectations. The latter believe that the Bank of England will continue to raise rates to hinder soaring inflation.

The Australian dollar also surged forward by 0.73%. The country’s central bank considered a sharper rise in interest rates at its May meeting. Minutes published on Tuesday showed a heavy hint that the bank might hike again in June.

Meanwhile, the Chinese offshore yuan added 0.8% on Tuesday. Before that, it had been experiencing a steep slide, losing about 7% since mid-April. However, Shanghai logged three straight days with no new coronavirus cases outside quarantine zones on Tuesday. Other cities have also signaled the beginning of lifting restrictions.

EM currencies also rallied. Which ones gained the most?

Most Asian currencies and stocks traded in the green on Tuesday, boosted by optimism over China’s improving COVID-19 situation. A weaker greenback and a fall in U.S. Treasury yields overnight also bolstered investor sentiment.

On Tuesday, equities in the Philippines and Indonesia gained more than 1% each. South Korea’s won led to gains among the EM currencies. Moreover, shares in Thailand soared by 1.6%, while the baht jumped by almost 0.6%. Southeast Asia’s second-largest economy showed 2.2% growth in the March quarter, beating analysts’ forecast of a 2.1% rise.

Other emerging Asian stock markets rallied, as well, following an improvement in the fragile global risk appetite. OCBC Bank analysts noted that the Chinese economy weakened significantly in April due to coronavirus lockdowns in some parts. As a result, both industrial production and retail sales came in weaker than expected. However, China has stepped up its policy supports in the previous week.

The Indonesian rupiah, which has dropped by nearly 1.6% since crude palm oil shipments were halted on April 29, shaved off another 0.2%. It hit its lowest level since November 2, 2020. On the other hand, the country’s trade surplus soared to its largest ever at $7.56 billion in April.

The post Dollar ended in the deeper red today. What about Aussie?  appeared first on forexinsider24.com.

Bitcoin and Ethereum Price Recovery – Back to the Game