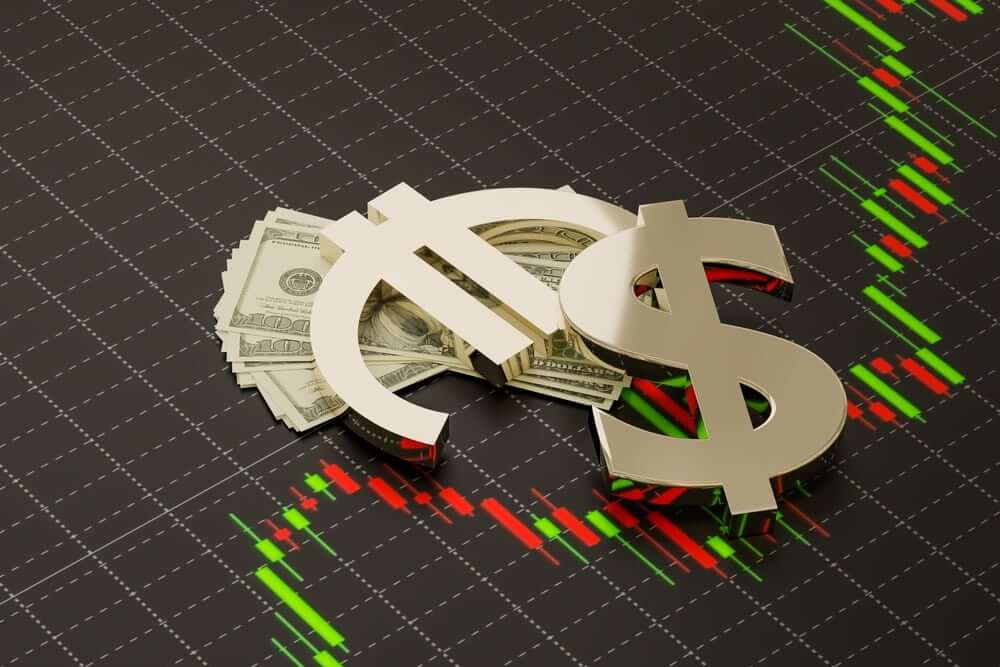 During the Asian session, the euro weakened against the dollar. The ten-year yield on US Treasury bonds jumped sharply by 3%, which is excellent news that boosted the dollar again. The United States Federal Reserve decided last night to increase the interest rate by 0,50 % for the first time since 2000. A meeting of political representatives of EU member states is still being held today, and a new set of sanctions against Russia is being discussed. The embargo on oil imports by the end of this year is in sight, which indicates difficult days for the eurozone economy, and because of that, the euro will stumble. Currently, the euro is being exchanged for 1.05580 dollars, representing the strengthening of the common European currency by 0.11% since the beginnirng of trading tonight. Regular monthly (NFP) data from the US labour market are expected in the afternoon before the start of the US session. Expectations for the number of newly created jobs in April are around 391,000. The unemployment rate is projected to fall further from 3.6% to 3.5%. Looking at the chart for the bullish option, we need the continuation of the positive consolidation that began at the beginning of the European session. First, we need to re-test today’s high at 1.05800. After that, our target is 1.06000 level, the place where yesterday’s fall started. Our next potential bullish target is yesterday’s high at 1.06420. We need negative consolidation and pullback EURUSD to this morning’s low at 1.04815 level for the bearish option. Break EURUSD below this support would form a new lower low this year.

During the Asian session, the British pound continued its negative consolidation against the dollar. At its regular meeting yesterday, the Bank of England raised the reference interest rate from 0.75% to 1%. However, the island’s central bank’s view of the gloomy picture of the state of the British economy put intense pressure on the pound, despite the increase in interest rates. The US Federal Reserve decided last night to increase the interest rate by 0,50 % for the first time since 2000. That difference and the post-Brexit tensions with the EU over important details of future relations brought down the British currency. The pound is exchanged for 1.23450 dollars, which is weakening the British currency by 0.10% since the beginning of trading tonight. For the bullish option, we need the continuation of this morning’s positive consolidation. The first obstacle to the continuation of the bullish trend is in the zone around 1.23800-1.24000. If the pound rises above this zone, we could expect the recovery to continue first to 1.24500 levels, then 1.25000 levels.

Bank of England chief economist Hugh Pill said the central bank was faced with well-balanced decisions on how far to raise interest rates to control rising inflation without harming an economy at risk of recession.

The BoE raised interest rates for the fourth time in a row on Thursday, despite saying that there is a risk of recession in Britain after inflation exceeds 10% later this year.

Pill said the price of energy and imported goods could easily be higher than the BoE expects. Pill said BoE is not focused on short-term reactions in the markets.

The post 06 May chart overview for EURUSD and GBPUSD appeared first on forexinsider24.com.