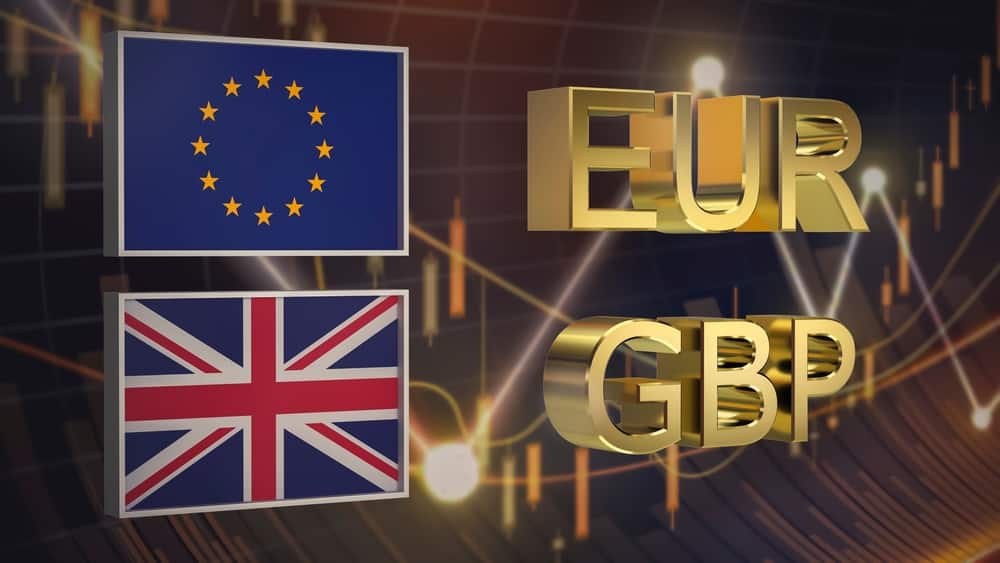 During the Asian session, the euro strengthened sharply against the dollar after a “hawkish” comment from one of the ECB’s monetary policymakers, who supported the position on the July increase in the rate of European monetary authority. In contrast, the EU continues to worsen overall relations with Russia in the long run – economically, politically and diplomatically. Macron is given an advantage of about 56.5% of the vote over his opponent Marin Lepen. The euro is exchanged for 1.09125 dollars, representing the strengthening of the common European currency by 0.56% since the beginning of trading tonight. Jerome Powell, the US Federal Reserve chairman, will speak publicly this afternoon. For the bullish option, we need a break above the resistance zone around 1.09500. This resistance has been a problem for us since April 6, and if we manage to climb above our next target, it is 1.10000 level. In the zone 1.10200-1.10500, we find the upper trend line, which may be a bigger obstacle to the further recovery of the euro against the dollar. FOR the bearish option, we need a negative consolidation and pullback below the 1.09000 level, then the 1.08500 level. At that level, we could get additional support in the MA20, MA50 and MA200 moving averages that make a turn to the bullish side. A drop in price below this great support would lower us to the April support zone at the 1.07500 level, and too much bearish pressure could lower this pair even more.

GBPUSD is struggling to boost growth on Wednesday, although bullish bias remains intact in the near future. The pair is held above the critical level of 1.30500. The following recovery target for GBPUSD is 1.31000. Intense pressure on sales around the dollar caused yesterday’s pound recovery. The dollar was calm during the Asian session, and the sharp rise in the EURGBP indicates that the euro is the main beneficiary of capital outflows from the dollar. Several European Central Bank policymakers have used the hawkish tone in recent days and pointed to July as a possible moment for the first increase in the ECB’s interest rate, which would trigger a recovery in the euro. Later in the day, Bank of England Governor Andrew Bailey and FOMC President Jerome Powell will deliver speeches on potential central bank moves. The Fed’s aggressive stance on tightening policy has already been included in the CME Group’s FedVatch Tool, which indicates the likelihood that at a 2.2% interest rate, the Fed will increase the reference rate for the next two meetings. So a hawkish tilt in Bailey’s tone could help the pound strengthen against the dollar. We need to continue this positive consolidation and break above the upper resistance line and 1.31000 levels for the bullish option. Only after that we can expect the pound to move to the 1.31500 level, last week’s high. Otherwise, negative consolidation brings us back to previous support at the 1.30500 level. The MA50 and MA200 moving averages provide additional support at that level. Break below them; it would drop the pound to 1.3 million and retest psychological support.

Annual consumer price inflation jumped to 7.4% from 5.9% in February. Although the rate was slightly revised downwards from the current estimate of 7.5%, it was the strongest in history.

Core inflation rose to 2.9% from 2.7% a month ago. Current inflation is more than three times the European Central Bank’s 2.0% target.

The ECB predicts food and energy prices to continue to rise in the coming months. The central bank believes that inflation will remain elevated longer than previously expected, and core inflation is expected to peak at over 8%.

The post EURUSD and GBPUSD charts overview for April 21 appeared first on forexinsider24.com.