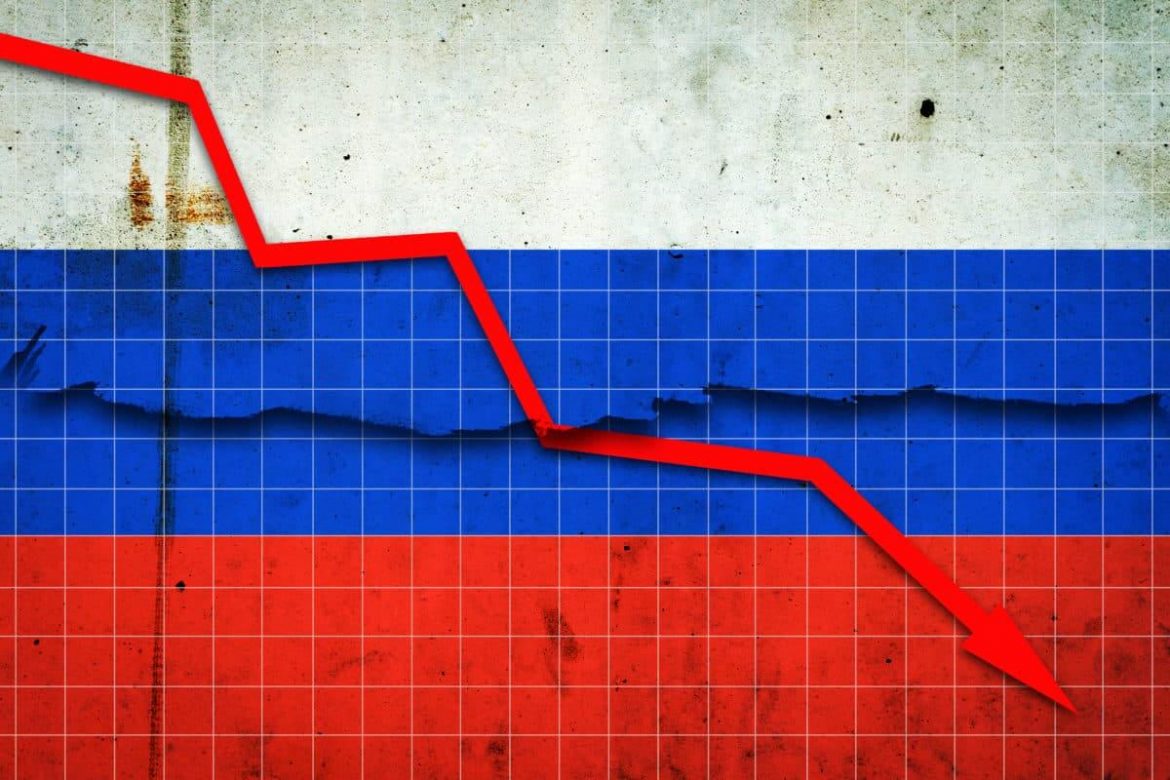 Russia’s ongoing brutal war in Ukraine raises some questions: how long will Russia manage to survive economically? How long will it have the finances to fund the war? Honestly, according to some economists, the Russian economy is about to face some devastating outcomes.

Russia is heading for its worst recession since the collapse of the Soviet Union. In return, Moscow’s central bank unexpectedly cut interest rates to boost a shrinking economy.

Russia’s gross domestic product should shrink by 8.5% to 15% this year. The results are likely to come as postwar sanctions on Ukraine hampered activity.

That would be worse than the post-financial crisis of 2009 when the Russian economy contracted by around 7.8%. It was the worst in years of GDP contraction in the early 1990s.

In the long term, expert forecasts suggest that gross domestic product growth will remain subdued as the country is cut off from Western technology.

Western sanctions on Russia meant that about 60% of its foreign exchange reserves were currently frozen. That prevented Moscow from paying its dollar debt this week, bringing it closer to default.

Russian companies reported a sharp drop in business activity in March, with output and orders falling and inflationary pressures rising.

However, with a deep recession looming, Russia’s central bank announced unexpected cuts in borrowing costs. The Central Bank of the Russian Federation (CBR) has cut its primary interest rate from 20% to 17%, six weeks after an emergency attempt to support the ruble doubled.

The CBR said inflationary pressures have eased while financial stability risks have stabilized.

It also pointed to the economic cost of sanctions, saying external conditions remained challenging and would significantly constrain economic activity.

The rate cut showed CBR was confident that the worst of the economic crisis was now over and that a severe and destabilizing bank run had been avoided.

Economists predict further rate cuts later this year as the central bank tries to bring inflation back to its target.

What Has Helped Ruble To Recover?

The ruble has recovered from record lows in the early days of the invasion of Ukraine. At that time, it fell to 135 rubles per dollar. It has since risen again to around 80 rubles per dollar due to restrictions on remittances abroad and a ban on foreign currency sales.

A rate hike in February also encouraged Russians to save their rubles, which supported the currency.

Since the war, rising commodity prices have also helped Russia’s finances. Sadly, Europe countries have to continue to buy oil and gas to meet their energy needs.

But the freeze in Russia’s foreign exchange reserves means Moscow is getting closer to defaulting on its first debt since 1998. Recently, the United States blocked an attempt to pay Russian bond investors more than $600 million, prompting Moscow to switch to paying in rubles. This may be classified as the default once the 30-day grace period expires.

Last month, the Institute of International Finance forecast that the Russian economy would shrink by 15%. It’s likely the recession will erase 15 years of economic gains by 2023. It warned that more energy boycotts would severely impact Russia’s ability to import goods and services and deepen the recession.

The London Platinum and palladium market announced that it would remove two state-owned Russian precious metals refineries from its good supply program.

The decision prevented the two refiners from selling platinum and palladium in the world’s largest London market. Palladium rose 8% on concerns about disrupting precious metal supplies used in catalysts.

To conclude, even without a possible oil and gas embargo, war and sanctions could lead to one of Russia’s worst economic crises in the past three decades. The financial crisis in Russia is likely to be most similar to the post-Soviet transition crisis (1992) and the sovereign debt crisis (1998 years) in some characteristics.

Nevertheless, the Russian economy will continue to rely on the existing export model, which is difficult to subvert. The population will have to contend with the “new poor,” who will invoke household adjustment mechanisms to deal with the severe crisis in the 1990s.

As an unintended negative spillover, this affects the Russian population and broader households in many developing countries worldwide.

However, according to the analysts, in the short run, the economic outcome of Russia is still not devastating enough to stop the war in the near future. It seems Russia has adapted to this reality before the actual invasion and won’t plan to stop bombing Ukraine due to the current recession. What is plan B from West?