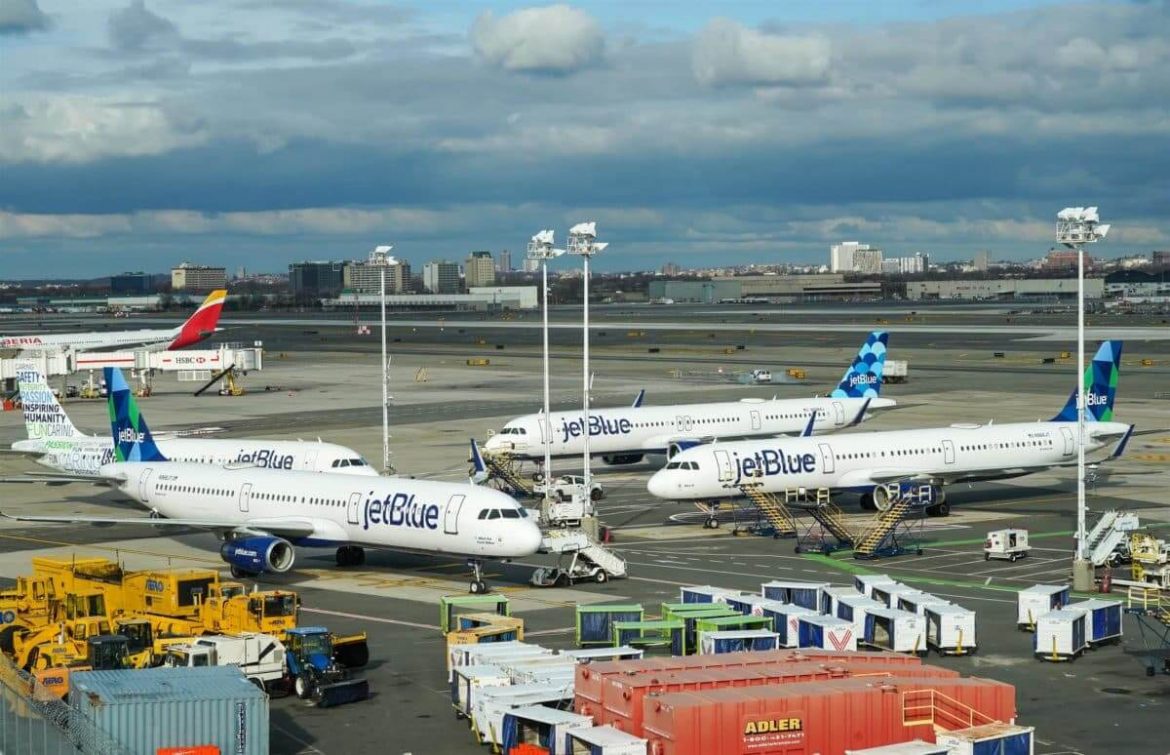 JetBlue Airways wants to expand its operations. It is ready to spend more than $3 billion on Spirit Airlines. JetBlue’s $3.6 billion all-cash bid, which Spirit called “unsolicited,” cast doubt on Spirit’s planned tie-up with Frontier Airlines, which the carriers announced several months ago.

The triangle between the carriers mentioned above shows the appetite for consolidation of midsize carriers. JetBlue, Spirit, and Frontier compete for price-conscious leisure travelers. That segment of the market became even more important in the Covid-19 pandemic. Unfortunately, the pandemic devastated international and corporate travel.

JetBlue plans to remove Spirit’s brand from its bright-yellow planes to bare-bones service. And yet Spirit worked to improve customer service as well as reliability. The company even ranked 6th in U.S. on-time arrivals in 2021, while JetBlue came in 9th.

JetBlue and its rivals

JetBlue’s CEO Robin Hayes told analysts that executives there had been thinking about how to grow and compete against bigger airlines for a long time.

They overlap on 11% of their routes, according to aviation data firm Cirium. JetBlue’s executives said the deal with Spirit would help them grow at airports where large airlines dominate, like Dallas/Fort Worth International Airport. Besides, it would speed up growth in Florida and other places like Las Vegas.

Fort Lauderdale-Hollywood International Airport is a key airport for both carriers, and the bid could be somewhat defensive.

Thanks to a deal with Spirit, it would be able to quickly grow its fleet thanks to a large Airbus orderbook both carriers have. It would also increase its headcount, particularly pilots, to 32,000.

The post JetBlue is willing to spend billions on Spirit Airlines appeared first on forexinsider24.com.