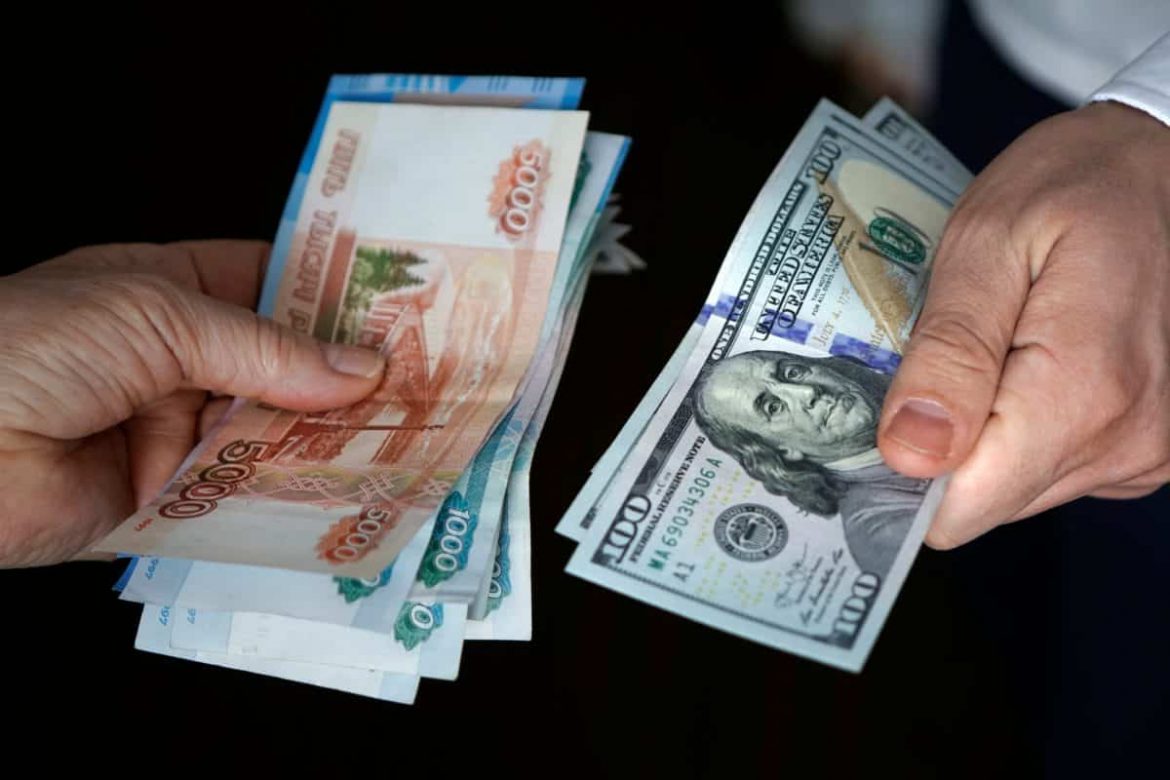 Russia took a step closer to defaulting on its international debt by setting aside rubles to pay holders of global bonds that must be returned in dollars.

The US barred Russia from paying over $600 million in frozen deposits held by US banks to holders of its sovereign debt; it said Moscow had to choose between emptying its dollar reserves at home or defaulting. Since reneging on payments due after the 1917 Bolshevik Revolution, Russia has not defaulted on its external debt. Still, its bonds have resurfaced as a hotspot in the diplomatic crisis and sanctions between Moscow and Western capitals. This shortens the time frame for when Russia runs out of space in terms of willingness and ability to pay; said one fund manager who holds one of the bonds due on Monday.

Before the United States banned such transactions, Moscow was able to make several foreign exchange coupon payments on some of its 15 overseas bonds with a face value of roughly $40 billion. Sanctions have frozen almost half of Russia’s $640 billion in gold and foreign currency reserves; however, the government still earns billions of dollars through petroleum and gas exports.

A foreign bank failed to implement an order to pay $649 million to holders of Russia’s sovereign debt; hence, the finance ministry said on Wednesday it had to pay rubles to holders of its dollar-denominated Eurobonds expiring in 2022 and 2042.

According to the government, the foreign bank, which the finance ministry did not name, rejected Russia’s request to pay coupons on the two bonds and a Eurobond due in 2022.

According to the finance ministry, once it regains its currency accounts, Russia may consider allowing foreign holders of its 2022 and 2042 Eurobonds to convert ruble payments into foreign currencies.

The ministry stated that until then, a ruble equivalent of Eurobond payments intended for bondholders from so-called hostile countries in particular ‘C’ type accounts at Russia’s National Settlement Depository.

Both bonds were issued in 2012 and require payment in US dollars, unlike other later bonds that allow for payment in other currencies such as the euro, pound sterling, Swiss franc, or even the Russian ruble. According to IHS Markit, one-year upfront credit default swaps – a form of insuring exposure to Russia’s national debt – increased to 69 points from 60 points.

Suppose countries or companies that would ordinarily trade with Russia have self-imposed laws preventing transactions with a defaulted company. In that case, a default could cause a slew of problems.

The post Russia Edged Closer to A Potential Default appeared first on forexinsider24.com.