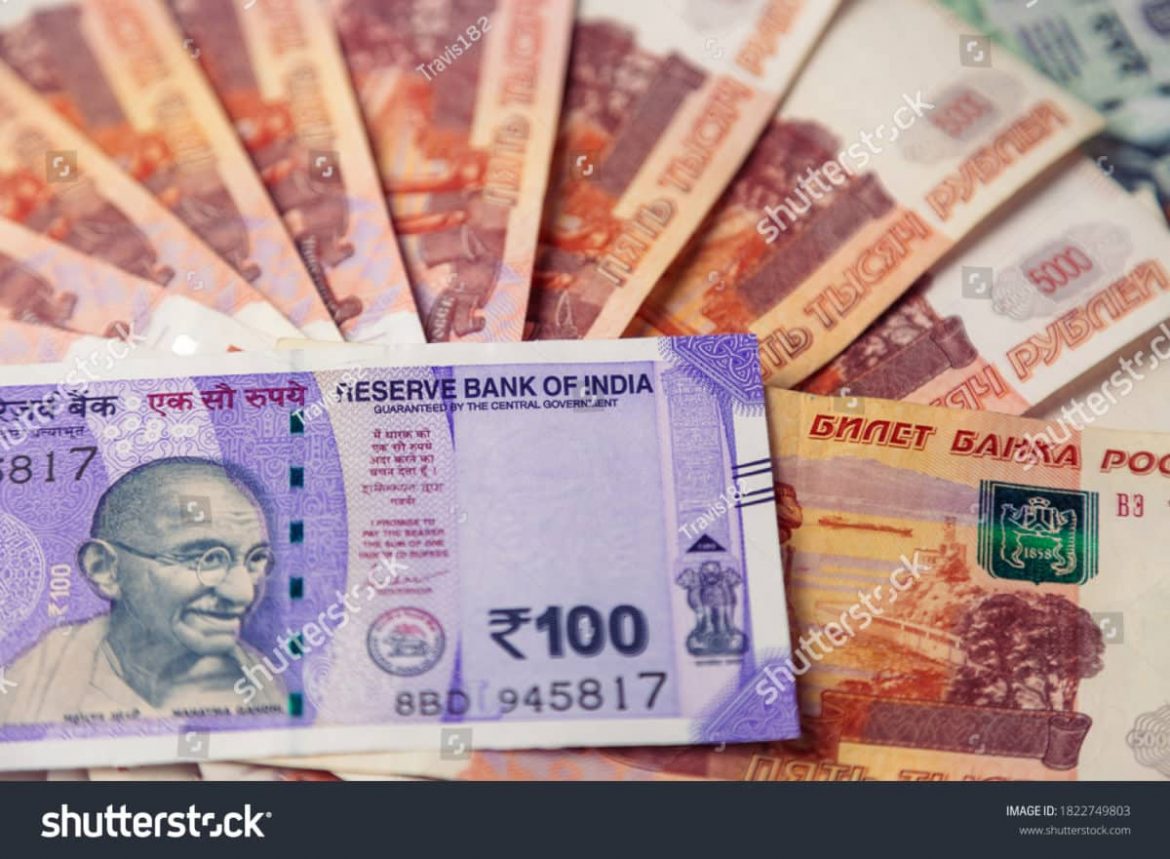 Following the imposition of sanctions on the Kremlin, Indian authorities are actively examining specialized payment systems for trade with Russia to meet current trade obligations; a move that will also clear the way for cheaper oil imports to meet the country’s energy demands.

For the rupee-rouble mechanism to work, Indian importers would pay for items on Russian bank accounts in India, and the Russian banks would then pay Russian exporters in roubles. However, India’s imports outnumber its exports; hence, the only way for Russian banks to get rid of their piled-up rupees is for India to sell more, analysts say; this will open up a new market for agricultural gear, among other products.

Imports meet eighty-six percent of India’s oil needs. On Tuesday, India’s crude oil basket price at $109 per barrel for oil imports. It was down from $128.24 earlier in the month; however, it was still up from $95.47 the day before the Russian invasion. Since the Russian aggression, the steep increase in oil prices has widened India’s current account deficit and pushed inflation higher; this weakened the currency’s value. India receives only 2% of Russian exports; however, it can increase those purchases and has begun to do so in response to Russia’s offer to sell at a discount and cover the costs of transportation and insurance. The promise of lower-cost Russian supplies would undoubtedly help New Delhi better manage its finances.

India’s trade with Russia is currently heavily dependent on imports; this explains why the country has a high trade deficit. According to Indian official data, the two countries enjoyed bilateral trade worth $8.1 billion from April 2020 to March 2021, with Indian exports totaling $2.6 billion and Russian imports totaling $5.48 billion. FIEO has proposed a rupee-rouble method and a rupee-based trading mechanism to avoid these problems. The contract is established in the local currency, the rupee, and the other party bears exchange rate risk.

The current trading mechanism stretches back three decades when India and the then-Soviet Union agreed to conduct government-to-government transactions in indigenous currencies at a pre-determined, set rate.

Experts caution that implementing this rupee-rouble arrangement will be difficult for India.

The largest stumbling block will be deciding on an exchange rate versus the Russian rouble; it has been highly volatile since the war began. It is also not feasible to peg the rouble and rupee to a third currency for trading purposes.

Even if the two nations agree on an exchange rate, India’s trade deficit will still be heavily tilted toward Russian imports; particularly as oil imports rise.

The last and most pressing worry is geopolitical policy. India has taken a neutral stance on the Ukraine-Russia conflict so far; it abstained from voting three times at the United Nations on resolutions condemning Russia’s invasion and once on a vote brought forward by Russia on the humanitarian catastrophe in Ukraine. For the time being, trade importers and exporters continue to transact with Russia in US dollars. According to experts, the system might be a backup plan if sanctions on Russia become more severe. However, the risks of actively seeking more significant bilateral trade with Russia at this time could have geopolitical consequences for India.