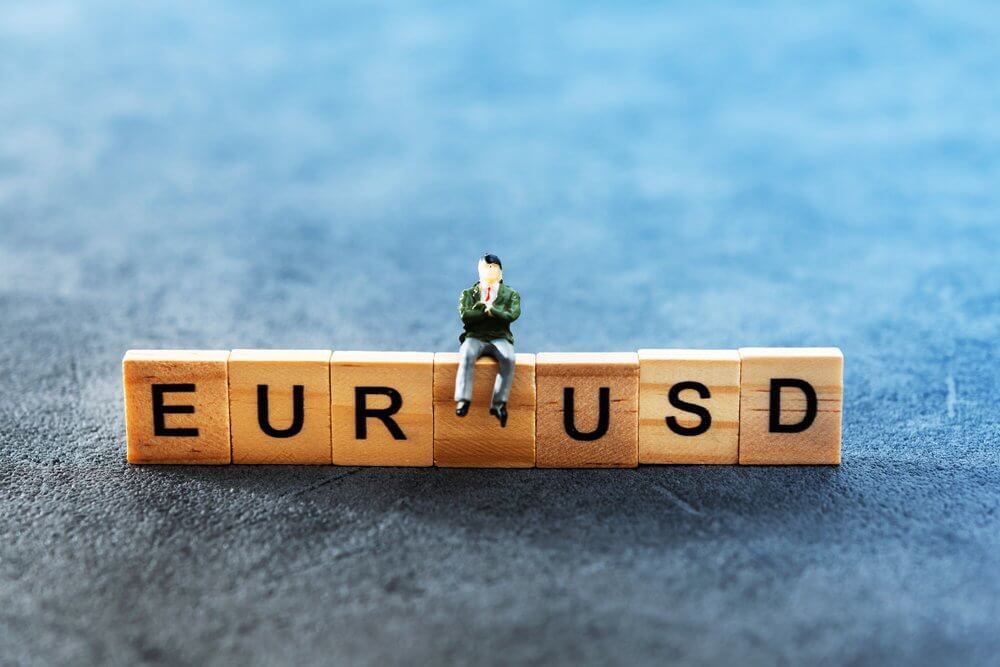 Yesterday, the EURUSD pair found support at 1.09500, after which we have a recovery to the current 1.10300. The dollar index is in retreat and so far fails to consolidate above 99,200, leading to a drop to 98.79. Moving averages MA20 and MA50 have moved to the bullish side, giving us support for further bullish continuation. We are now targeting the previous high at 1.11380 from March 17th. An additional potential resistance at that level is the MA200 moving average. If EURUSD fails to overcome that resistance, we will see a new withdrawal and bearish consolidation. In that case, we ask for support again at 1,10000, and if it doesn’t last, we go down to 1.09500 until the next one.

Unlike EURUSD, GBPUSD is in retreat, and we are getting closer to retesting the psychological support zone at 1.30000. We have current support at 1.30500, but this is due to the dollar’s weakness. If the pound recovers, we need a break above 1.32000 to say there is an indication to continue. In the zone around 1.32000, we also encounter a downward trend line, and we have to cross above to continue the potential bullish trend. Our first target is the previous high at 1.33000, and if we overcome it, we will climb further towards the March resistance zone around 1.34000. For the bearish option, we expect continued bearish consolidation and new testing of the previous low at 1.30000. If the pound continues to weaken, a break below 1.30000 is inevitable.

Pair AUDUSD has reached a potential resistance zone as we climbed to the previous high at 0.75500. Now we can expect some resistance here that could make a pullback to the bottom trend line. For something like that, we need a new negative consolidation, and our target is then the 0.74000 level. Moving averages are still on the bullish side, and we will probably see them approach the AUDUSD line. For the bullish option, you need to break above 0.75500 levels. Our first next target is the 0.76000 level. If we succeed, we will have up to 0.78000 resistance zones from May and June last year.

German consumer confidence will weaken more than expected in April, significantly damaged by the war in Ukraine, the results of a closely monitored poll on Tuesday showed.

The forward-looking consumer confidence index fell to -15.5 from a revised -8.5 in March, according to GfK’s growth in market research. Economists expected a reading of -14. The declining trend of the title index continued, and the sharp increase in the propensity to save in March further strengthened it, the agency added.

“In February, there were still high hopes that consumer sentiment would recover significantly with the predictable easing of pandemic-related restrictions,” said Rolf Burkle, GfK’s consumer expert.

“The beginning of the war in Ukraine has led to these hopes disappearing in the air. Growing uncertainty and sanctions against Russia have caused a particular jump in energy prices, which has significantly burdened the general mood of consumers. ”

Mortgage approvals in the UK dropped unexpectedly in February, and consumer credit growth accelerated amid rising living costs, data from the Bank of England showed on Tuesday.

Approvals for purchasing houses, an indicator of future borrowing, fell to 71,000 in February from 73,800 in January. The number of approvals is projected to rise to 74,850.

The data showed that companies in the UK borrowed £ 3.5 billion from banks in February compared to £ 1.0 billion in January.

Loans to large companies rose 3.7 percent, faster than the 2.5 percent increase in January. The annual growth was the highest since August 2020.