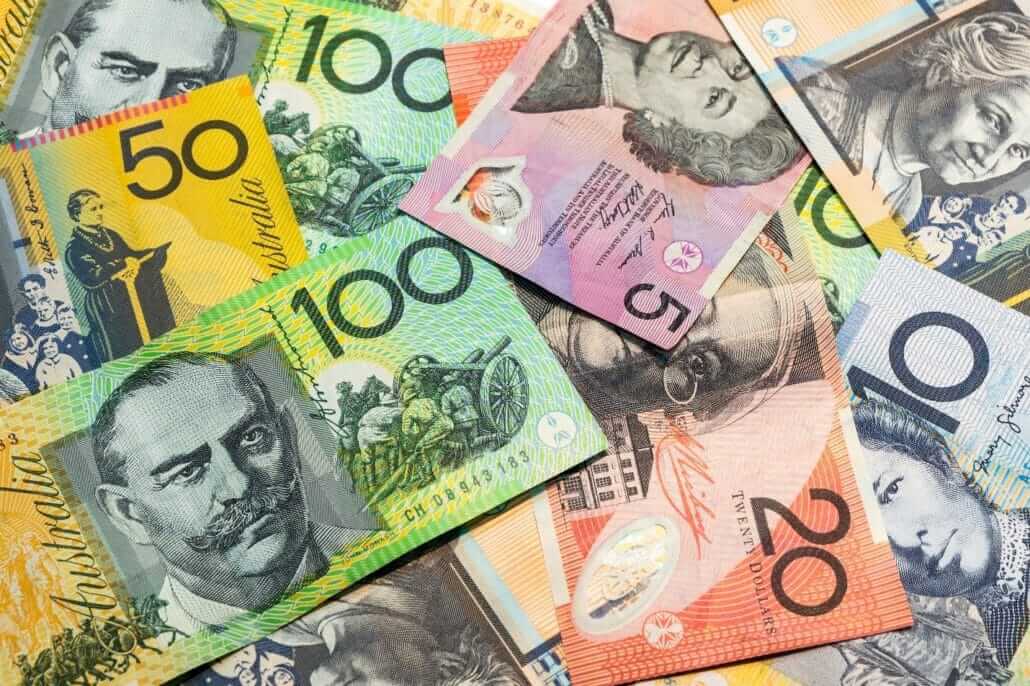 During Asian trade, the euro slowed against the dollar. Yields on US government bonds have been rising again since tonight. Today, the American president is coming to Europe to convince the European allies to impose energy sanctions on Russia. The warring parties in Ukraine are negotiating in the background of the conflict, but the fighting on the ground is intensifying. The US Federal Reserve increased the interest rate by 0.25 % last week, which is the first increase since 2018, which was largely expected. It seems that the increase is not enough for the high level of inflation, especially in the USA, the highest in the last 40 years. The euro is exchanged for 1.10350 dollars, which is a weakening of the common European currency by 0.10% since the beginning of trading tonight. Looking at the graph, we can see that from the bottom, and we have support in the MA20 and MA50 moving averages, which move along the lower trend line. Our upper resistance zone is at 1.11500, last week’s high, and we need a break above it, and our goal is 1.12000 level. A potential additional resistance at that level is the MA200 moving average. For the bearish option, the price must make a break below the support line, and our first support is at the 1.09000 level. If it doesn’t last, we go further down to the March low of 1.08000.

During the Asian session, the British pound weakened against the dollar. Yields on US government bonds have been rising again since tonight. Last week, the Bank of England decided to increase the reference rate from 0.5% to 0.75%. Voting on the board was not unanimous because one member was against the increase. However, rising inflation is threatening the economic growth of the British economy, and the BOE has been forced to raise interest rates. The pound is now exchanged for $ 1.31285, which is a weakening of the British currency by 0.35% since the beginning of trading tonight. On the hourly time frame, we see that we are in a bearish trend after the pair tested the 1.32000 level on Friday. We are looking at the support in the zone of around 1.31000 dollars. The additional support at that level is in the MA200 moving average. If it doesn’t hold up, we go lower to support in the 1.30000 zone. For the bullish option, we need GBPUSD growth above 1.32000, after which the target is at the 1.32750 level.

Similar to the EUR and GBP, the Australian dollar has been in since the start of the Asian session. Our maximum was at 0.74250, and after that, we have a current withdrawal of 0.73800. We had previous support here, and now we are testing it again. Potential additional support is in the MA50 moving average. If we see a break below, then we can expect a pullback to 0.73000 and an MA20 moving average. The maximum drop in AUDUSD can be expected up to the lower trend line and the MA200 moving average. For the bullish option, we need a rise above 0.74500. In the previous two attempts, we failed to make a break above.