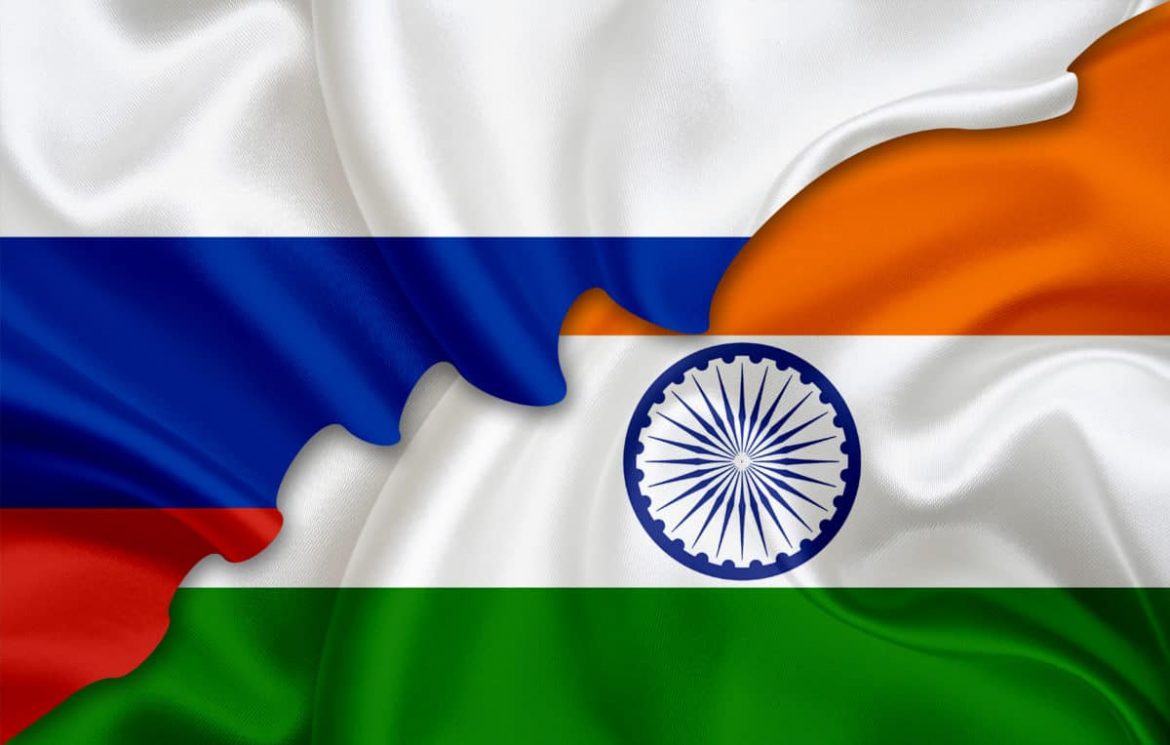 Since the start of Russia’s full-scale invasion of Ukraine on February 24, the Indian government and part of the population stood firmly on Putin’s side. Hashtags like #IStandWithPutin and #IStandWithRussia were trending on Indian social media. The Government of India showed the most outstanding refusal to support UN resolutions condemning the invasion. The country does not seem to want to jeopardize strong ties with Russia over Putin’s actions in Ukraine.

India’s path to the situation in Ukraine is not surprising. After the establishment of diplomatic relations after the independence of India in 1947, concerns were established between Moscow and New Delhi; With a high degree of political and strategic trust. Over history, Russia-India regularly took a similar attitude and supported each other in dubious international issues.

From the very beginning, Moscow saw its alliance with India essentially in Asia; The reason was to overcome the dominance of America and China. India has always enjoyed the leverage of a great state like Russia in international politics. In 1971, India and the Soviet Union signed the Peace, Friendship, and Cooperation Treaty. The treaty was an alliance of India with the then superpower. It is also likely to have provided an advantage in South Asia.

Later Russian support was also politically significant for India. After the collapse of the Soviet Union, Russia worked to maintain a special relationship with India. In 2000, Russian President Putin and the then Prime Minister of India signed a Strategic Partnership Declaration to mark the tenth anniversary of the Strategic Partnership in 2010; both countries signed a unique and strategic partnership. Russia reaffirmed its pro-Indian stance on Kashmir as part of this unique partnership.

In January 2020, on the Chinese-led international intervention in Kashmir, Russia’s First Deputy Permanent Representative to the UN wrote that the UN Security Council had discussed Kashmir in closed consultations. Russia strongly supports the normalization of relations between India and Pakistan. Around the same time, after the ambassadors of several countries announced their intention to visit Kashmir, the Russian ambassador to India refused to do so.

The relationship between Russia and India does not depend only on the UN veto and clear political statements. For decades, the Indo-Russian Alliance also builds on a long history of bilateral cooperation on economic and strategic issues. The Soviet Union was India’s largest trading partner before its collapse. Soviet financial contribution and technical knowledge were essential in forming India’s domestic industry, including oil and gas and mining. The Soviet Union also backed secure India’s energy bond. The first Indian citizen to travel in space through the Soviet Intercosmos program.

Cultural exchanges have also been at the center of bilateral relations between Russia and India from the very beginning. Russian historians and artists have expressed their admiration and respect for revolutionary and literary Indian figures. During the Cold War, Hindi films were dubbed into Russian; They were also trendy among Muscovites. The Soviet Union also made great efforts to make Russian classical texts available in India, creating publishing houses focused only on the Indian market.

The most enduring aspect of Indo-Russian alliances was military cooperation between the two countries. The Soviet Union reportedly supplied India with sufficient military equipment to equip several fleets over the years. This included tanks, aircraft, weapons, fighter jets, and missiles. The Soviet Union was also fundamental to the formation of the Indian Navy. It even leased a nuclear submarine to India in the 1980s. This legacy of the Soviet era has been preserved since 1991. Weapons of Russian origin today make up 60-85 percent of the equipment of the Indian Armed Forces.

Against the backdrop of strong diplomatic, cultural, economic, and military ties, it is hardly surprising that the Indian government and society have chosen to side with Russia. India wants to maintain a positive relationship with the occupier; the country needs Moscow’s support in resolving territorial disputes with its neighbors, especially China. It also wants to continue to enjoy Russian economic and military aid. In addition, because Russia has repeatedly supported India at the UN on Kashmir issues, many Indians feel that now it is their turn to stand by their side.

Maintaining Russian support will not be easy for India in the coming weeks, especially when Moscow faces disastrous sanctions. However, this does not mean that India will continue to support Russia no matter what it does. New Delhi has rapidly strengthened its ties with the West in recent years. Consequently, it may soon become costly to maintain traditional relations with Moscow. If Russia fails to win a decisive victory over Ukraine Or fighting to retain its economic and military influence in Asia over sanctions; The Indian government may feel the need to reassess Putin. However, at this point, India’s position is clear to everyone.

The post Why Does India Support Russia? – Reasons and Expectations appeared first on forexinsider24.com.

Is the Pandemic Still On? COVID Comes Back