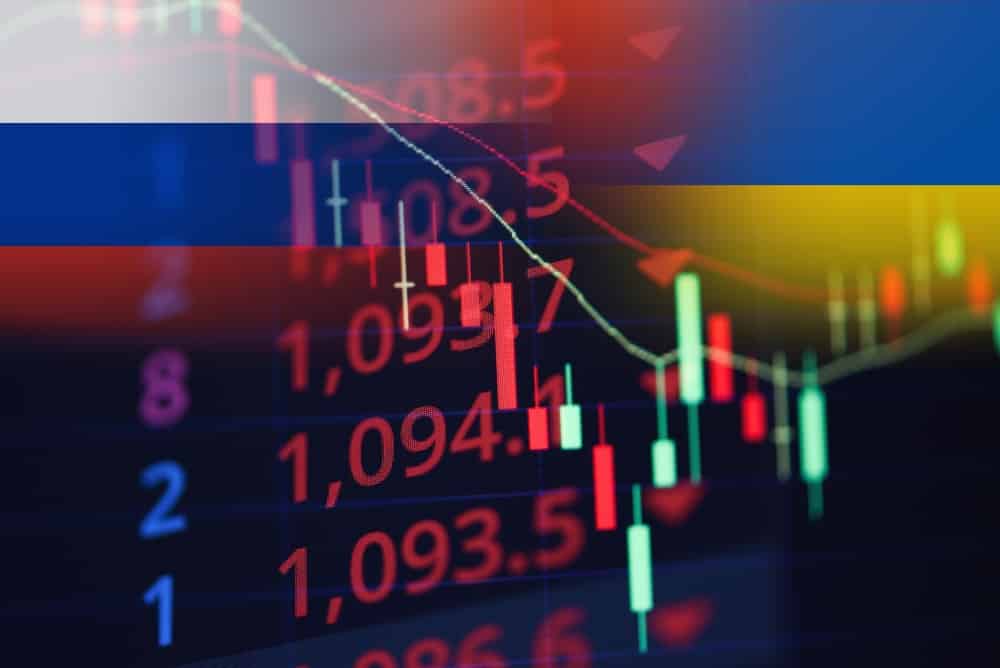 As everyone in the investing world knows, global conflicts cause a massive shift in socioeconomic areas. That usually means a period of economic instability, especially now that the world is so tightly interwoven. So as various countries introduce sanctions against Russia, it fires back with a halt in energy exports. As Russia is one of the primary European energy suppliers, that has caused major problems. For example, the price of oil in the EU has risen about 5%, and even in the US, futures are trading 4.6% higher.

However, the impact is far from one-sided. The sanctions seem to have take effect, as the Russian rouble crashes about 30%. Furthermore, the fact that Russia is banned from accessing the SWIFT payment system is causing major problems. Many citizens of the country can’t access their own accounts, triggering a panic. Some reports even speak of a bank rush, which may cause liquidity issues for Russian banking institutions.

Russia closed its exchanges for the day to buy time to develop a tactic against a complete crash. However, Russia-based ETFs and shares from Russian companies are plummeting drastically.

Meanwhile, tensions are both rising and weakening at the same time. Russia has put its nuclear defense system on high alert to combat perceived offensive action from the EU. Germany announced its highest yet increase in military spending since the Cold War came to a close.

However, despite the increase in tensions across numerous countries, we may see a resolution to the conflict. Russian and Ukrainian diplomats are meeting later today on the Belarus border. This is the first meeting Russia has agreed to without any preconditions, and there’s a mutual guarantee the envoys won’t meet military troops.

The US stock market, albeit unrelated to the conflict at hand, also seems to be set to open lower.