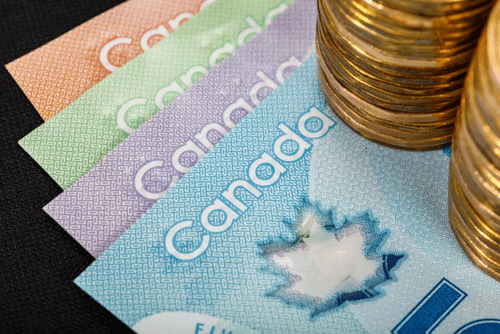 On Thursday, the Canadian dollar fell against the US dollar as data showing that US inflation soared to a 40-year high in January raised expectations for the Federal Reserve to raise interest rates aggressively.

US bond yields rose, and the greenback strengthened against a basket of major currencies. The US consumer price index rose at a 7.5 percent annual rate. This fueled speculation of a 50 basis point interest rate cut.

The currency fell as a vital U.S.-Canada trade route was closed due to protests against Canada’s pandemic measures, putting pressure on automakers’ operations. Oil, one of Canada’s major exports, was under pressure due to the possibility that US-Iran nuclear talks would increase global crude supplies. Crude oil prices in the United States fell 0.5 percent to $89.26 per barrel. Canadian government bond yields rose across the curve, mirroring US Treasury yields. The 10-year yield increased by 4.7 basis points to 1.894 percent, bringing it closer to the 1.905 percent peak reached in January; the highest level in nearly three years.

The Dollar Index, which measures the value of the US currency against a basket of six other currencies, was 0.4 percent higher at 95.915.

According to data released Thursday, consumer prices in the United States rose 7.5 percent year on year in January; the highest annual increase in 40 years and the fourth consecutive month above 6 percent.

GBP/USD fell 0.1 percent to 1.3537. Sterling received some support from economic data. It showed that the United Kingdom’s economy expanded at the fastest rate since World War II last year.

The economy grew by 7.5 percent last year. This was its biggest growth since 1941, despite a 0.2 percent drop in December as the Omicron variant hit the restaurant and hospitality sectors.