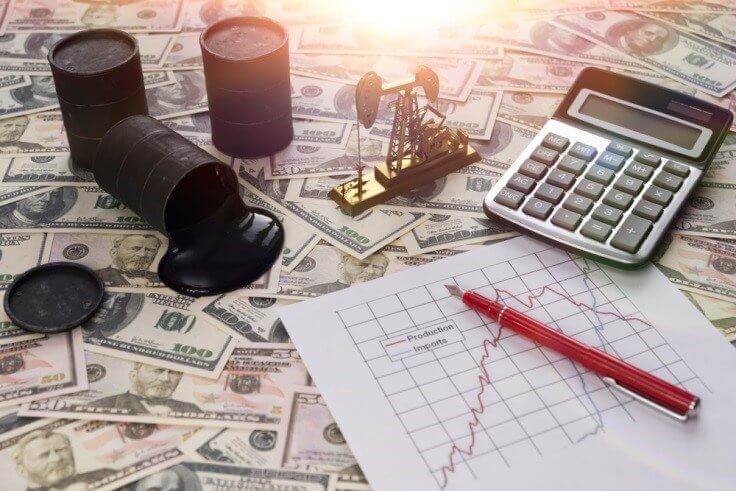 Lumber prices have risen nearly 30% this month. It is in line with a broader rally in global commodities as economies worldwide reopen.

David Russell, Vice President of Market Intelligence at an online broker-dealer TradeStation, believes it is part of a larger commodity trend.

According to Russell, commodity prices, including iron, oil, soybeans, and fertilizer, have mostly risen due to cold winter weather, geopolitical tensions, and supply chain disruptions. After briefly cooling in recent weeks, lumber futures rose for the sixth consecutive session on Wednesday. It reached $1,204.90 per thousand board feet, the highest level for the month.

It represents a 29 percent increase from February 1, when the critical building material traded at $934.90 per thousand board feet. Nonetheless, lumber is 30% lower than its all-time high of $1,711 set in May 2021.

Russell also attributed the recent increase in lumber to the US dollar’s decline on Wednesday. General commodity prices rise when the dollar falls in value, forming an inverse relationship.

Lumber prices have risen dramatically in the last year. This is partly due to a disruption in supply chains caused by the pandemic. For example, shipping issues at Resolute Forest Products, one of Canada’s leading producers, have put a strain on lumber supply.

An increased emphasis on home building and home improvement as more Americans seek to adjust to the work-from-home trend adds to price pressures.

Many of the same factors have caused lumber prices to rise in the last six months. Demand for forest and lumber products remains high, while supply remains limited.

Los Andes Copper Ltd. reports excellent preliminary results from Hole CMV-001B, a total of 732 meters with an estimated average grade of 0.51 percent Copper Equivalent. Average rates from 64m to 820m down the hole include 0.51 percent copper and 160 parts per million molybdenum. Assay grades for the silver interval reported are still pending; values from 820m down the hole to the end of the hole at 1,265.15m.

Drilling continues at Vizcachitas with four drill rigs to expand the resources within the open pit designs and explore the deposit below the open pit boundaries designed in the Preliminary Economic Assessment.

The current Phase 1 drill program will expand from four to five drill rigs, with 18,000 meters of drilling planned. The total drill program for Phase 1 is 30,000m, with the potential for further expansion.

The Project is a copper-molybdenum porphyry deposit located 120 kilometers north of Santiago in a well-developed area. The Project has a post-tax NPV of $1.8 billion and an IRR of 20.77 percent, according to the Company’s Preliminary Economic Assessment (the “PEA”), which had delivered in June 2019. It also has Measured Resources of 254.4 million tonnes with a copper grade of 0.439 percent. Moreover, it Indicated Resources of approximately 1.03 billion tonnes with a copper grade of 0.385 percent. Mineral resources that are not mineral reserves have not proven economically viable.

The post Lumber Prices Are up 29% appeared first on forexinsider24.com.