Copyright 2021 - All Right Reserved
Home » Gold Is Rising, with A Weekly Gain as The Dollar Weakens
Commodities

Gold Is Rising, with A Weekly Gain as The Dollar Weakens 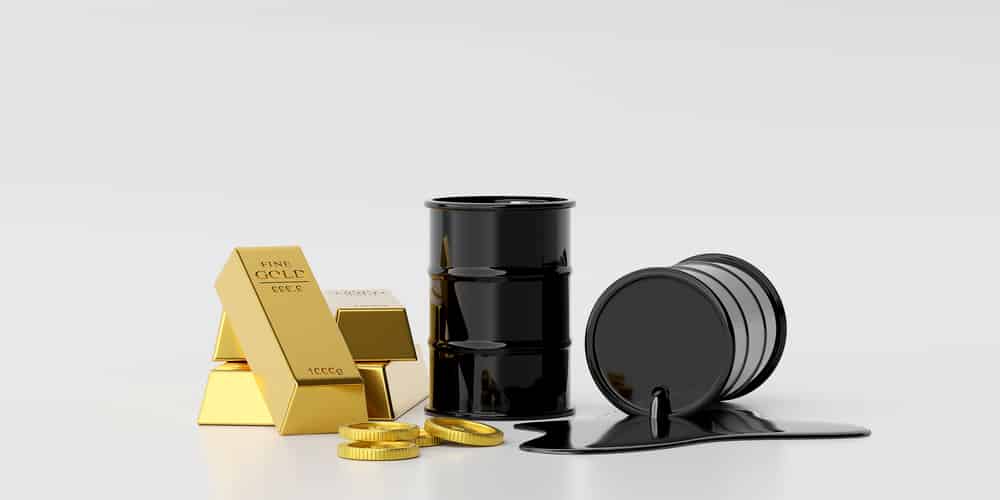 Gold Is Rising, with A Weekly Gain as The Dollar Weakens

Gold was up in Asia on Friday morning, on track for a weekly gain. A weakening dollar, as well as ongoing concerns about high inflation and U.S.-Russia tensions over Ukraine, boosted the safe-haven yellow metal.

Gold futures were up 0.24 percent to $1,808.35. A weaker dollar and decreased risk appetite in the equity markets helped offset the impact of a rise in US Treasury yields. Hence, it reached $1804.4 in the previous session. Gold has gained nearly 0.9 percent this week.

The dollar, which usually moves in the opposite direction of gold, fell on Friday and was on track for its most significant weekly drop since March 2020.

The fight against inflation should be the Federal Reserve’s top priority. The nominees to the central bank’s Board of Governors told lawmakers on Thursday. The comments of the nominees, Lisa Cook, Philip Jefferson, and Sarah Bloom Raskin, emphasized their support for a hawkish shift in the Fed’s monetary policy.

On the other side of the Atlantic, the European Central Bank hinted on Thursday that it might reverse its dovish stance and raise interest rates in 2022. On the same day, the Bank of England raised its interest rate to 0.5 percent as part of its policy decision.

In the Asia Pacific, the Bank of Japan expects to make a policy decision the following week.

On the other hand, the International Monetary Fund cautioned that it is “too early” to say whether the world is entering a period of sustained inflation.

Meanwhile, tensions between the United States and Russia over Ukraine continue to rise. According to the US, Russia has considered several options for an excuse to invade Ukraine; including the use of a propaganda video depicting a staged attack.

In other precious metals, silver rose 0.2 percent, platinum rose 0.1 percent, and palladium remained stable at $2,325.70 per ounce. Oil was up in Asia on Friday morning, as supply concerns and frigid weather in the United States extended the previous session’s sharp gains.

After an Arctic blast made its way to Texas and disrupted some oil production in the Permian Basin, WTI crude surpassed the $90 mark.

Since Thursday, a massive winter storm has swept across the central and northeast United States, knocking out power and forcing schools to close in several states. It also jeopardizes already precarious oil supplies. Oil has also risen sharply due to geopolitical tensions in Eastern Europe and the Middle East. Brent futures are up 17 percent this year, while WTI is up 20 percent.

The United States has indicated that Russia intends to invade Ukraine using a staged attack. However, Russia’s President Vladimir Putin has blamed increased tensions on NATO and the West; even as he moves thousands of troops near Ukraine’s border.

Nonetheless, some analysts predict that the oil market will turn into a surplus by the next quarter. This would ease the recent price surge in the medium term.

The post Gold Is Rising, with A Weekly Gain as The Dollar Weakens appeared first on forexinsider24.com.